Last week we announced the launch of our new brass ME05 Earphones, which coincided with New York Fashion Week. Seeing the opportunity to capture a less noticed aspect of NYFW, we collaborated with friend and photographer James W. Mataitis Bailey (Yayo) to create field recordings of key NYFW related instances over the span of five days. Bailey felt the recordings captured an honest and objective view of the events: 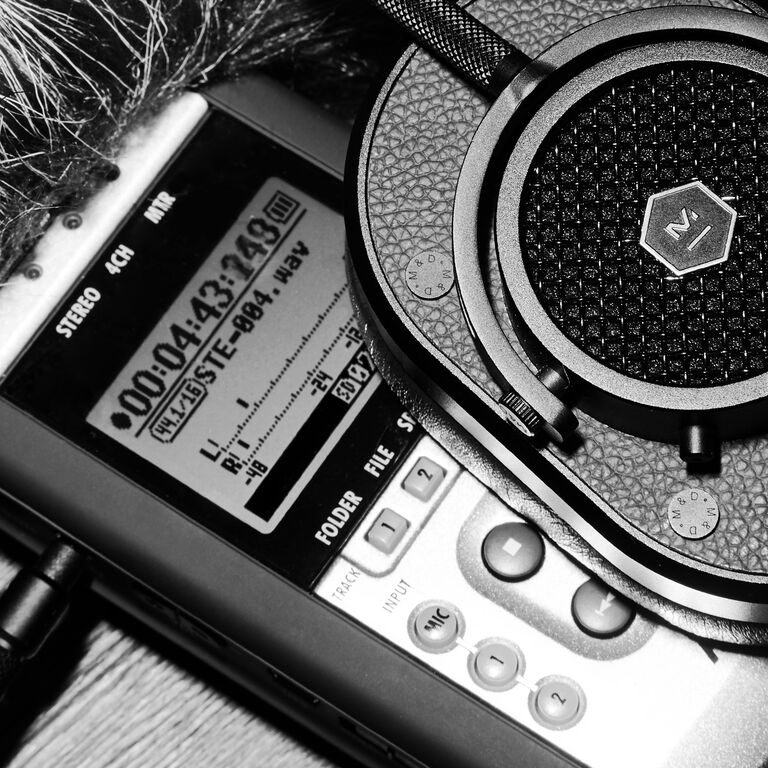 “The premise of New York Fashion Week is to look. The clothing, the celebrity and the shows are what makes it into the news, what’s pasted on blogs and crammed into press releases. So much hinges on the visual, so much so that what’s lost is the idea of ‘environment’, the encompassing sound, the chaos and the energy of being present. Too often overlooked, the sounds that encapsulate New York Fashion Week tell the real story: the running commentary of the cityscape and its inhabitants, both permanent and temporary.

The moments between, before and after each show paint a picture that’s experienced, but hardly appreciated. Everything from the models being given direction, the photographers’ banter, the critique by attendees post-show, and that’s just half of the story. The rest is told by the city itself. The buses that pass, the city streets that scrape, the movement in the air, all thrown together creates a soundtrack that’s as unique as it is ignored.”

The full collection of “Sounds of NYFW” field recordings is shared below. Bailey also captured the NYFW moments through his unique style of photography and creative writing.

Pre-Show There’s a very certain buzz before a fashion show. A trickle of spectators into an arena, milling and chatting, birds at a bath. Friends from across the world that you haven’t seen in a year, clientele that is present to do no more than their job, and that one person you hate but have to talk to anyway. An underlining beat of what’s to come is drowned out by murmurs, peacocking and photographers collecting heads for the powers to be. Lulling in and out of this buzzing and climaxing in a sharp silence before the beat of the first step, this is the “Pre-Show.”

Making an Exit Not to be forgotten, it’s just as important to be seen leaving a show as arriving. A mix of paparazzi and fans alike waiting with open arms for those just showered in glitter. The mark of timing is seen in the conversations post-show – hi’s and hello’s, goodbyes and let’s go’s. Commentary on the show just gone, loved it, hated it, it was everything, or nothing. The social relevance of the post-show dance is just as important. But the night is young and one barely sleeps in the city of New York.

The Photo Pit Arguably the most active participants of New York Fashion Week, the photo press is as relentless as they are ill mannered. Comical in their own right and vastly territorial, each millimeter their conquest, a clear line and haste is the name of the game. Crammed into a space that should fit one third of what it does, these gents and few ladies, do what they do best. “Uncross your legs!” their call to arms, these are the flies that flicker and pap.

The Launch A full season of work, and every second spent aimed at this precise moment. There’s a tension backstage before a runway show that is equal parts unique and frightening. Every strand of hair and garment detail, and step should be precisely correct. The moment the first girl is let go, breath is drawn and not released until the final returns. The steady hum keeping rhythm on the other side of a black partition, shielding only for a moment the world from your work. Release, inhale, catch and breathe. Our work here is done.

The City The final chapter in this tale is of New York City. Too often overlooked, stepped on, skipped and passed by. Fashion Week bursts into town, models the peacocks, clients as big cats and street stylers the locust that swarm. Seen as no more than a backdrop, the beauty and unique rhythm in which this city chugs along is not faltered or flattered by the oncoming storm. The streets move as they need to, the cars yell and the heart beat keeps pace. A spontaneous, creative and bountiful Eden. Fashion weeks come and go, but this city remains.

A Conversation with Keith Abrams of Kinfolk