A Conversation with Sam Lobban

A Conversation with Sam Lobban

The apartment of MR PORTER Buying Manager Sam Lobban is a cool, clean oasis in the middle of a ninety-degree Brooklyn afternoon. This is all the more impressive when you consider that Sam and his wife Ros are not only relatively recent New York transplants, but also new parents to eight-month-old Harry. We’re here the week before Father’s Day to talk to the British menswear buyer about style, his career, and music, and how becoming a father has changed his approach to all three. 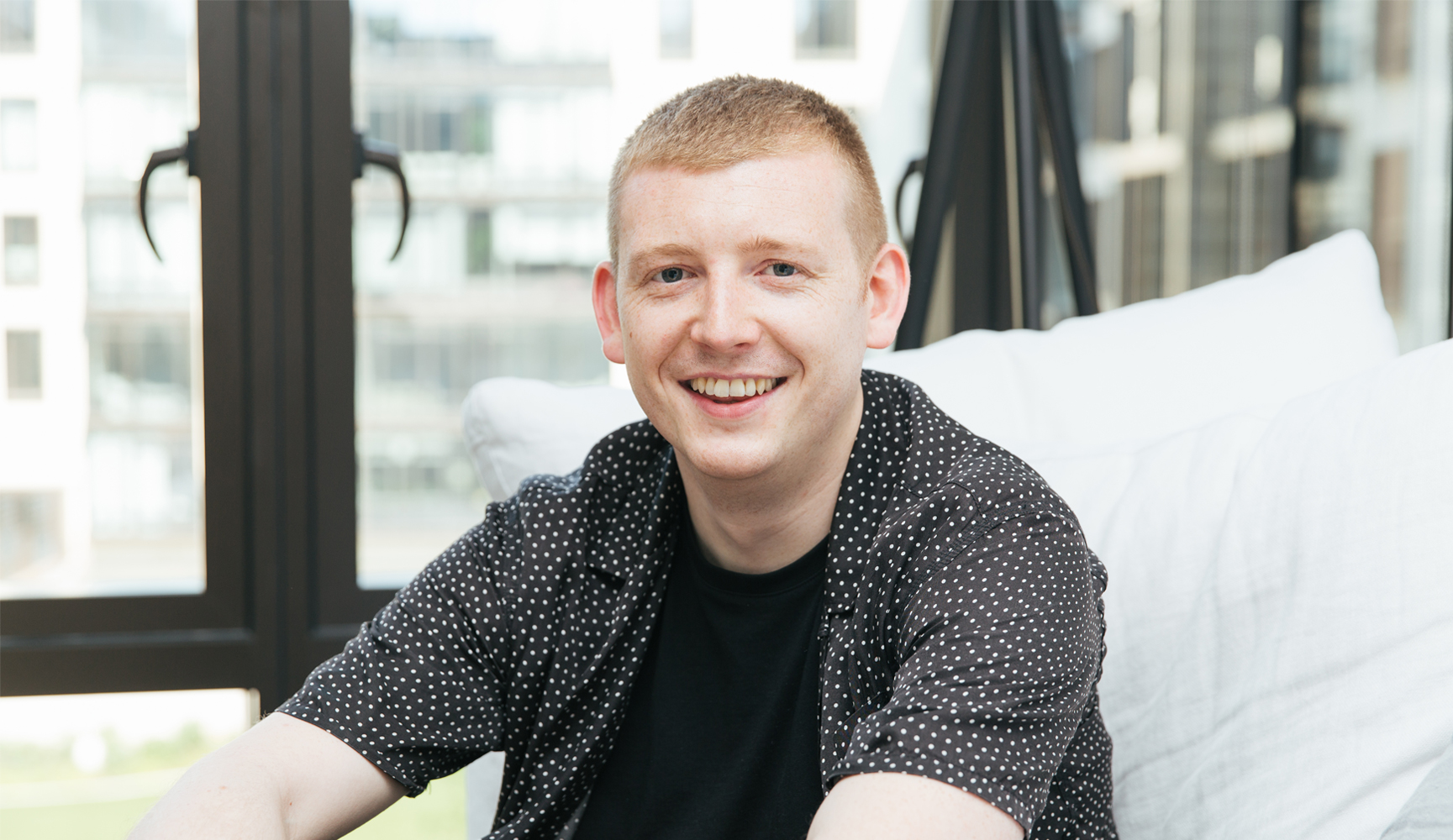 Tell us about yourself.

How did you get your start?

I started working in a menswear boutique when I was fifteen. I was always into clothes, as a kid. Then when I was eighteen, I was working in the shop floor of Selfridges and I talked my way into the buying office by petitioning the then Merchandiser on Menswear for work experience. And I’ve worked in the head office setting ever since.

How has becoming a father changed your career?

I was always pretty driven, pretty into what I do, but having someone else to look after—it makes you grow up quite quickly. I don’t think anyone that knows me would say I wasn’t particularly grown up in the first place; it’s kind of a running joke with me and mine. [But as a father], you start focusing on five and ten year plans a little bit more, whereas before it might have been a two year plan. 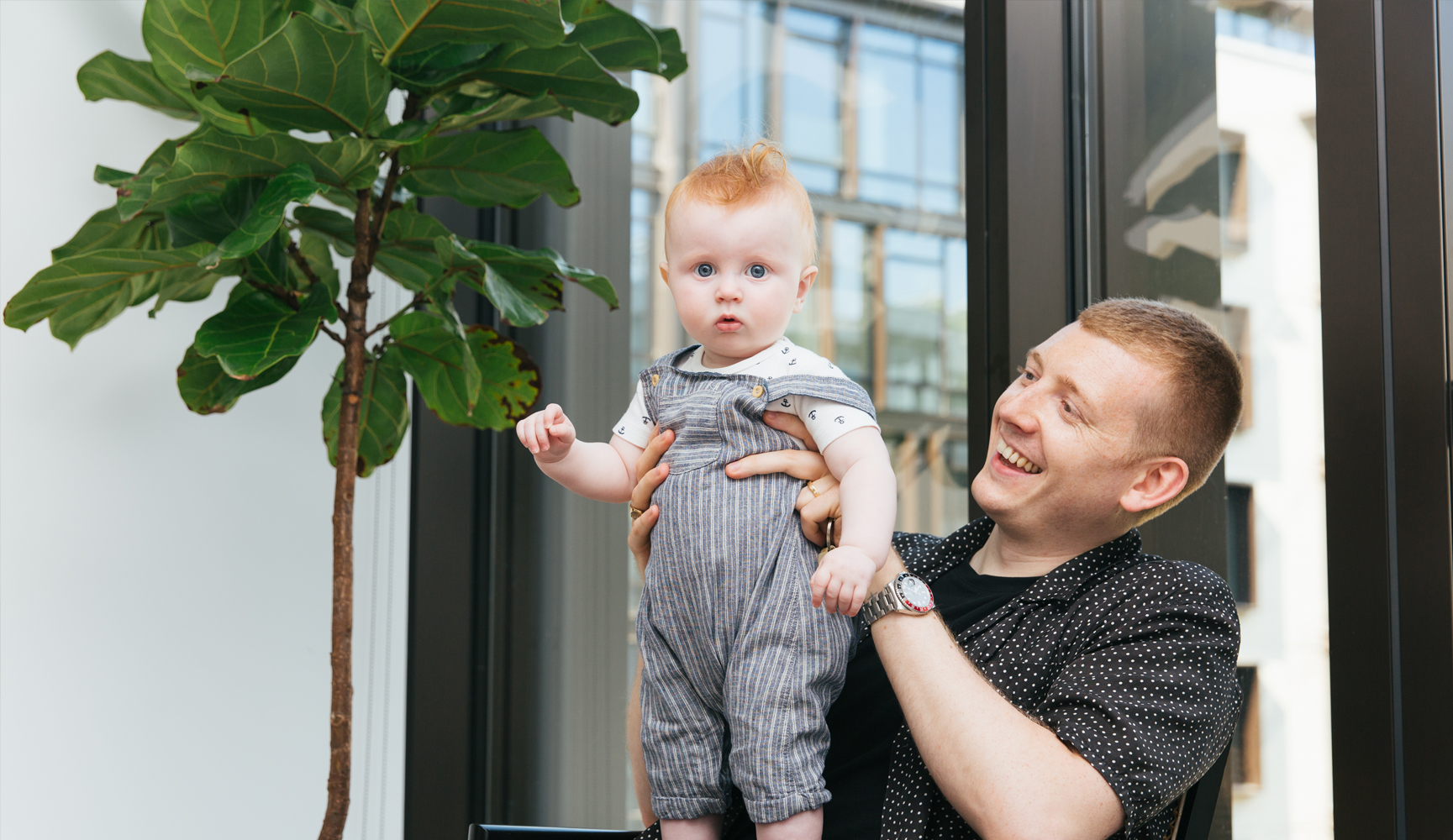 What do you love most about your job?

I’m obsessive about clothes. I mean, I have a very specific sort of viewpoint on what I wear, but I like pretty much all types of menswear. So one of the things I like most is being able to have this interaction with a super wide range of products and aesthetics and vibes.

And I like specifically that MR PORTER’s global; I like that we have so many different touch points and so many different customers. I also like how strong our editorial is; it’s such a great vehicle to tell stories.

Has your style changed since becoming a dad?

I only ever wear black—that’s my thing, I guess. I started that when I was around eighteen. It’s still maintained, I’m just a little bit more casual and lived in to some extent these days. I had a very strict uniform of a black sweater, white shirt, and black jeans, and now I’m a little bit more black t-shirt and looser pants. So from anyone else’s perspective, they’re very small changes, but from my perspective, it’s almost monumental.

Does Harry have a particular style?

Well, he’s very pale and very ginger. He wears lots of navy blue, with bits of white. He also wears lots of stripes and anchors. My wife’s dad and family live in Newport, Rhode Island, and he spends quite a bit of time there, so [his style] makes quite a lot of sense. 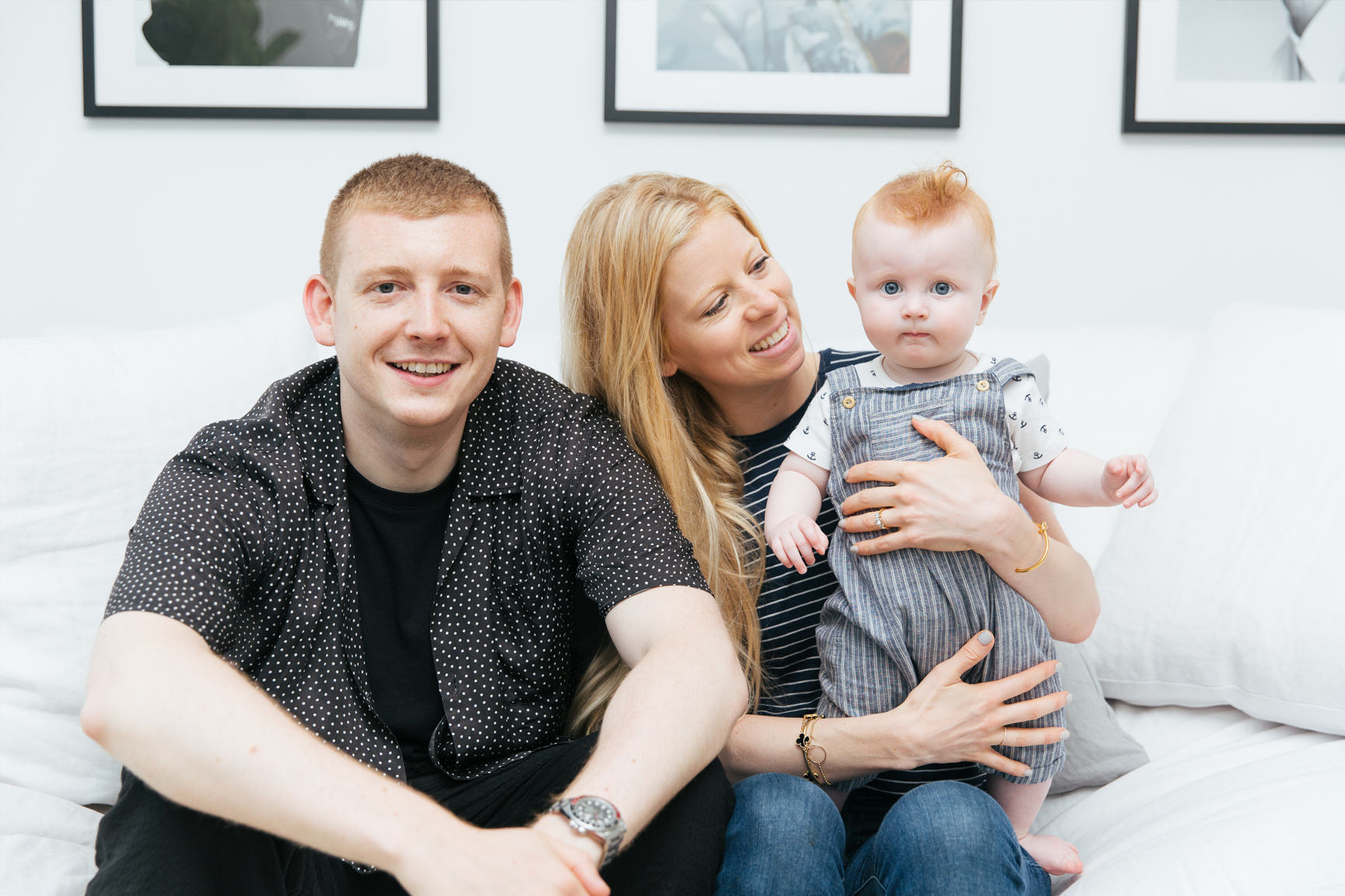 Who are your heroes?

My dad and my granddad. I think I inherited my work ethic from them. They’re both in retail; my granddad was a greengrocer, and my dad had art galleries. They’re very honest men, of high morality. And very British in their cynicisms and their sarcasm. All things which we hope to instill in Harry!

How important are sound and music to you?

Very. We listen to a lot of music. Harry had quite bad colic for the first few months of his life, but dancing around the flat to the Beach Boys did wonders. He also likes a lot of David Bowie, as well as an annoying amount of Bruno Mars (particularly on the drive to and from Newport, it seems).

What advice would you give your younger self?

Take things less seriously. I think hunger and ambition is a good thing, but perhaps sometimes you can take things at your own pace as well; chill a bit.

Any last words on fatherhood?

I’m definitely in the ‘it’s totally changed my life’ camp, and very much in a good way. I’d never even held a baby before I had Harry. And now I find myself being that guy—the one who’s like, are you going to have kids? when?—to all my friends who aren’t parents yet. So I’ve gone from way over there on the kid spectrum to being the guy who’s hassling his pals to have kids. I like fatherhood. More people should do it. It’s an amazing thing.

A Conversation with Keith Abrams of Kinfolk