Noma Han and his tattooed body have been featured in multiple ad campaigns, editorial spreads, and even on the runways of New York Fashion Week. While tattoos are associated with criminality in his home of South Korea, this New York City resident works as a professional tattoo artist when he’s not modeling. The 10,000 spoke with Han about his introduction to tattoo culture, his evolution as a tattoo artist, and balancing his work with his high fashion modeling career. 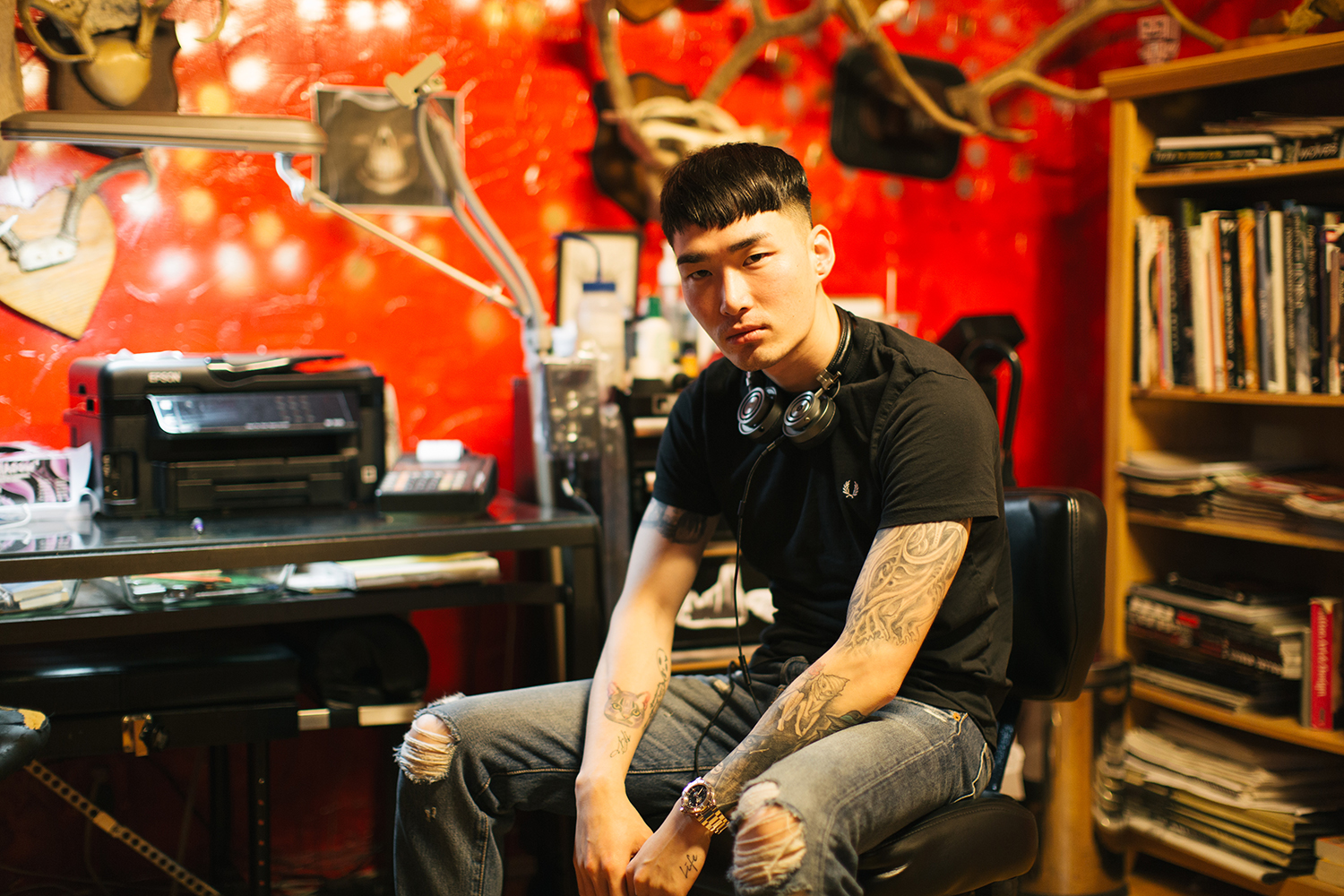 When Han arrived in New York City in 2009, he spoke little English and was in need of a community. He found it in Blackfish Tattoo, a small tattoo shop in Koreatown, where he learned the art of tattooing while balancing his work as a high fashion model. In Korea, only medical doctors are legally able to give tattoos, which was part of the intrigue when a friend first asked Han to join him for his tattoo appointment at Blackfish. After watching his friend, Han decided he wanted his first tattoo, but was unable to directly communicate what he wanted, due to his level of English at the time. Han found himself returning to Blackfish, again and again, for his tattoos, as he could freely communicate with the owner, Kevin Jang, in Korean.

Han was drawn to “the idea of tattoos” as “permanent” symbols that people carry throughout their lives. In learning how to give tattoos, Jang first taught Han how to draw, “how to see stuff that is right there…the light, where it’s reflecting.” But there were also parts of the process that Han had to pursue on his own. Of his apprenticeship, he says, “you have to learn it by yourself. It’s not like someone can tell you this is this, but unless you get it, you never know.” 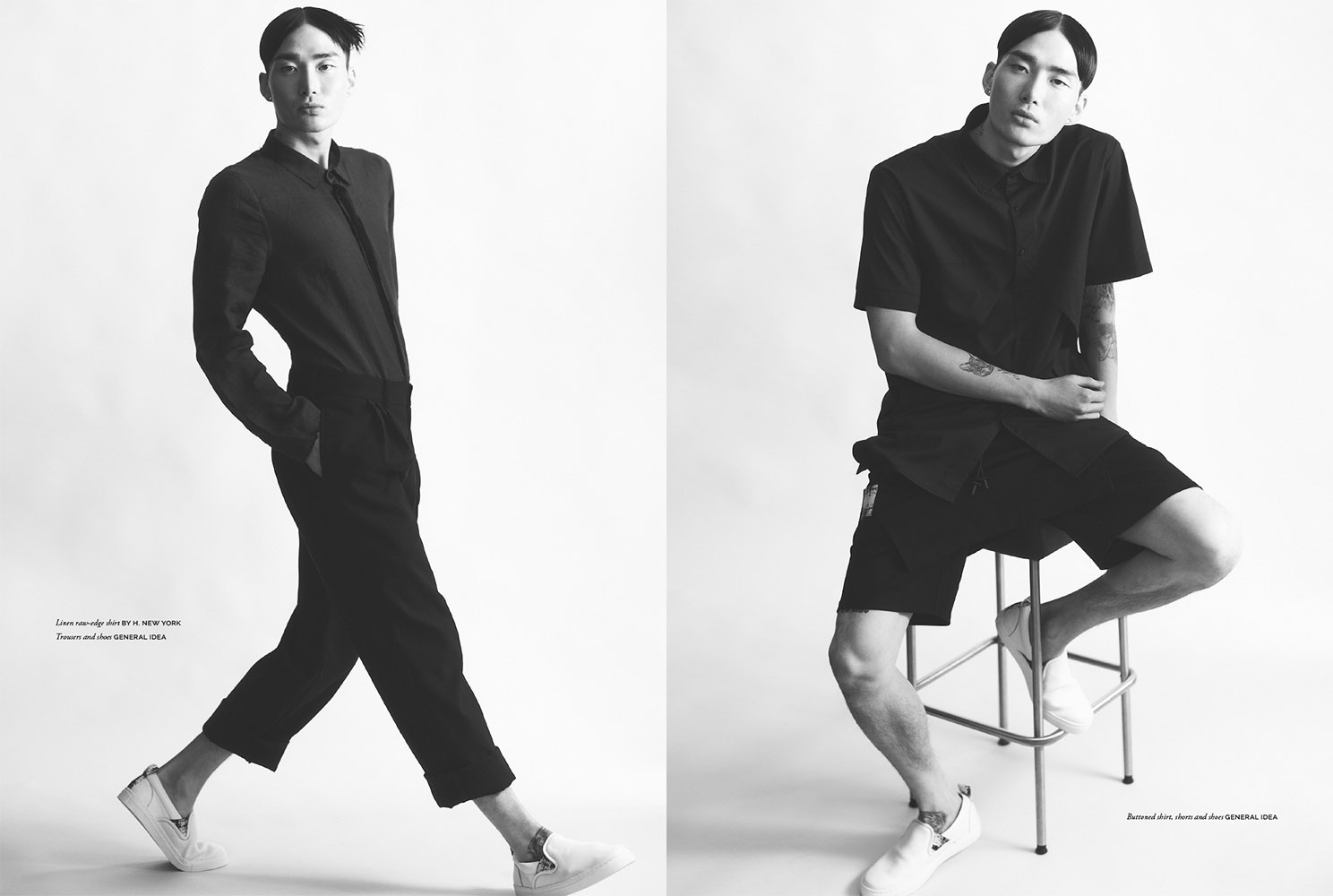 From drawing came using an actual needle and learning to apply the right pressure on someone’s skin. At first Han practiced on pigskin, but learned the most when he turned the needle to his own body. “I had to learn that, because if I didn’t know what was going on, I couldn’t tattoo anybody.” He eventually started to practice on friends with the promise “I did this on my body for six hours, so you can do it too.”

While Han selects his own tattoos based on aesthetic and creativity, learning the meaning and motivation behind customers’ requests has been a case study in human nature. “The funny thing about tattoos is that you talk to a very random person [and] I know their inside, I feel like, because they keep talking about what the tattoo means to them,” he says. 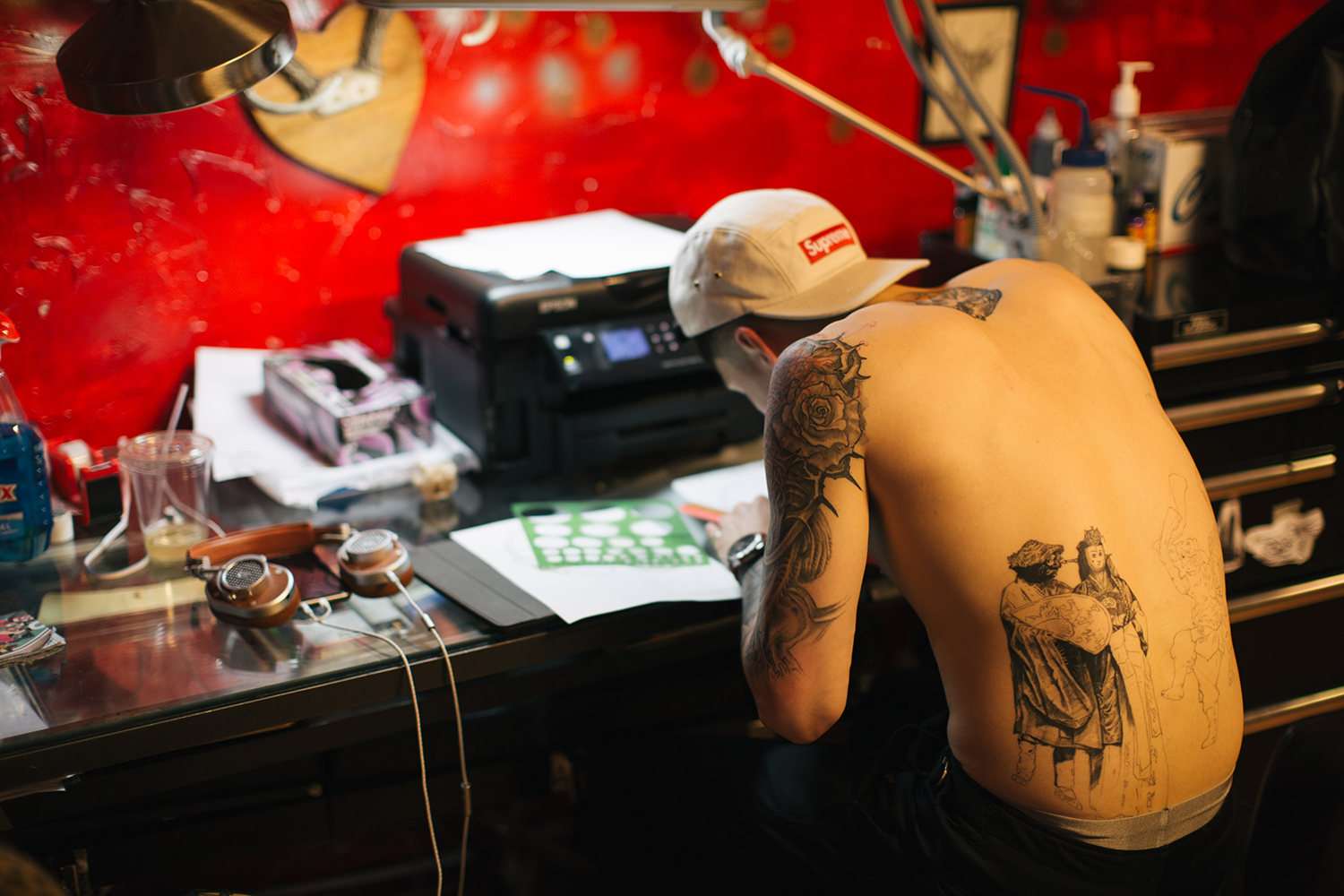 Han sees himself becoming a full time tattoo artist when he retires from modeling. “If you don’t try hard now, there’s no future. If I get better and good at something…it’s going to work out somehow, but I’m not going to fail. I won’t fail,” he asserts. Comparing his work to more experienced tattoo artists motivates Han to continue tattooing and improving his skills, including drawing. “I draw because…you can always make time to develop yourself, practice anything, anywhere.”