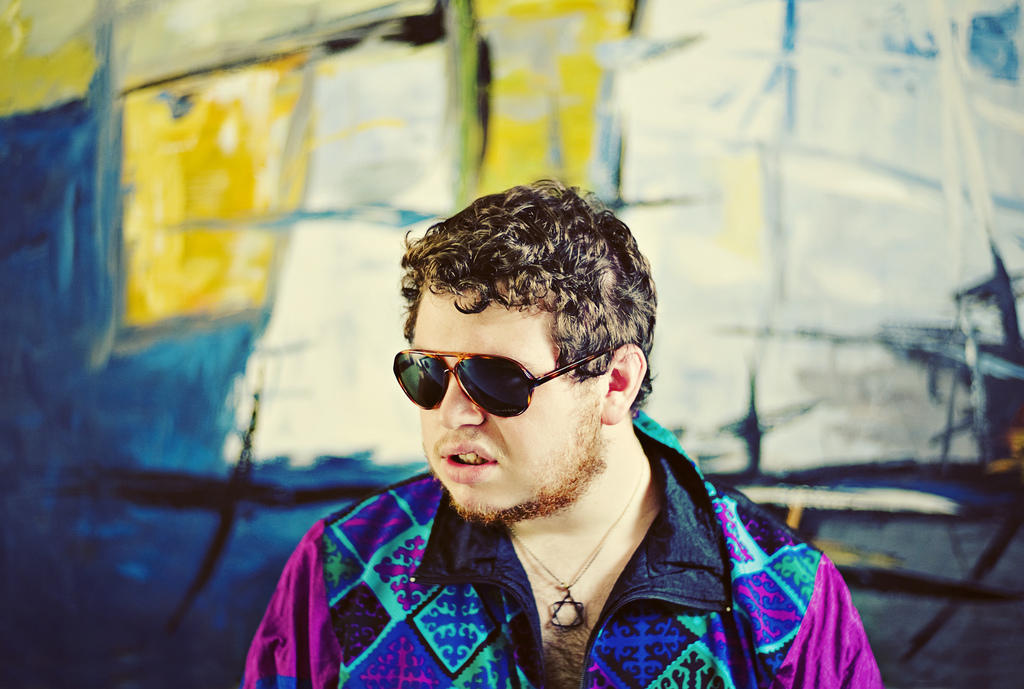 I’m sitting in a Brooklyn restaurant with electronic musician Jultopia, watching him get ready to eat. First he drapes a napkin onto his lap. Then he cracks a set of chopsticks apart. Finally, he reaches into his mouth and pops off his gold grill, setting it down on the table next to his plate. Then he starts shoveling noodles into his mouth.

Jultopia has amassed an overwhelming body of work over his last few years as a musician and producer, but you wouldn’t really tell from the look at him. The heavy-set Jewish kid with a curly, red beard doesn’t stand out in a crowd, unless he’s decked out in a track suit and a rope chain around his neck—standard attire when he’s performing.

I first heard about Jultopia when he released his 2009 EP. The five-track album was just shy of fifteen minutes, but it was so stuffed with ideas that it had the feel of a full-length. The Jultopia EP was great, but it showed the fingerprints of Jultopia’s influences—Beck-like production, Tobacco’s buzzsaw synths, a song that felt like the Gorillaz. But once Jultopia released the first single from his proper debut album, I knew he’d hit his stride.

2 Motor Translation, from his sprawling debut Hey, still has shades of Tobacco and Beck, but it is Jultopia through and through. The schizophrenic song structures, the jerky dance rhythms, and the pitch-shifted vocals are all immediately recognizable as Jultopia. 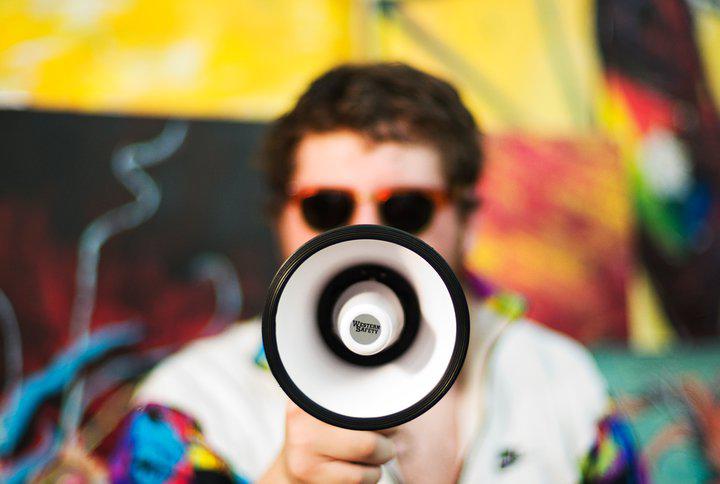 Hey is a masterful album. It’s a cohesive dance record with songs that can still work as singles, but it has enough variety to never get stale—the interlude Hearted Drunken Boy starts off like an outtake from bluesman Abner Jay until the beat drops halfway through.

Jultopia’s debut is already a few years old, but Jultopia hasn’t been slacking. His shows—usually accompanied by a live band—are consistently the best dance parties in New York City, and his production credit is starting to pop up on a bunch of debut albums from promising new artists.

Luck or no luck, the man is on fire. His new music video—the first post-Hey track—was produced, directed, and edited by Jultopia himself. The video is Mad Max set in a strangely beautiful world—there’s even truck jousting. It’s fantastic, and the song is even better.

“I spend most of my time listening to weird music,” Jultopia says. “Mostly old, foreign stuff, trying to find samples to build off of. If something catches my ear, be it a drum break or a melody, I’ll chop it up and categorize it in my sample library.”

“Find any great samples lately?” I ask. “Without giving away your secrets, of course.”

“There was a Greek prog band called Aphrodite’s Child in the late 60s,” he says, chewing. “Once they broke up, the bassist recorded a string of solo albums. The albums are incredibly produced and full of samples nobody’s heard—at least not until my new album drops.”

Between bites of pad Thai I ask Jultopia about his upcoming projects. “I’m doing the score for an adventure cartoon starring naked American presidents,” he says. I can’t tell if he’s joking.

“Really?” I ask. He sets down his chopsticks, grabs the gold grill, and pops it into his mouth. He doesn’t speak—just grins his 24-karat smile.

Inside the Secret Shows of Sofar Sounds

A Conversation With Will Robson-Scott