West Coast electronic musicians Britt Thomas Brady and Matthew Stephens started Morning Beast Records after Brady realized that the internet was full of bedroom beatmakers who didn’t have a way to share their music. He scoured the web for small, isolated artists and used Morning Beast as a forum for them to meet, collaborate, and get their names out in the world.

Morning Beast’s electronic music rides an interesting line between analog and digital—the music may be created on laptops, but the sounds are all organic. Mouth pops and clicks, pepper grinders, chirping birds, and water droplets are layered into rich, dense soundscapes, which are equal parts hip-hop beats and post-rock grandeur. Morning Beast is releasing experimental, forward-thinking music while bringing together isolated internet artists and building a platform for them to connect.

We headed to the Morning Beast headquarters in Oregon to meet the label heads and one of their most prolific musicians: the anonymous artist called LostOdyssey. They took us to a local arcade, bought us a few beers, and taught us how handfuls of pistachio shells can make a hit song. 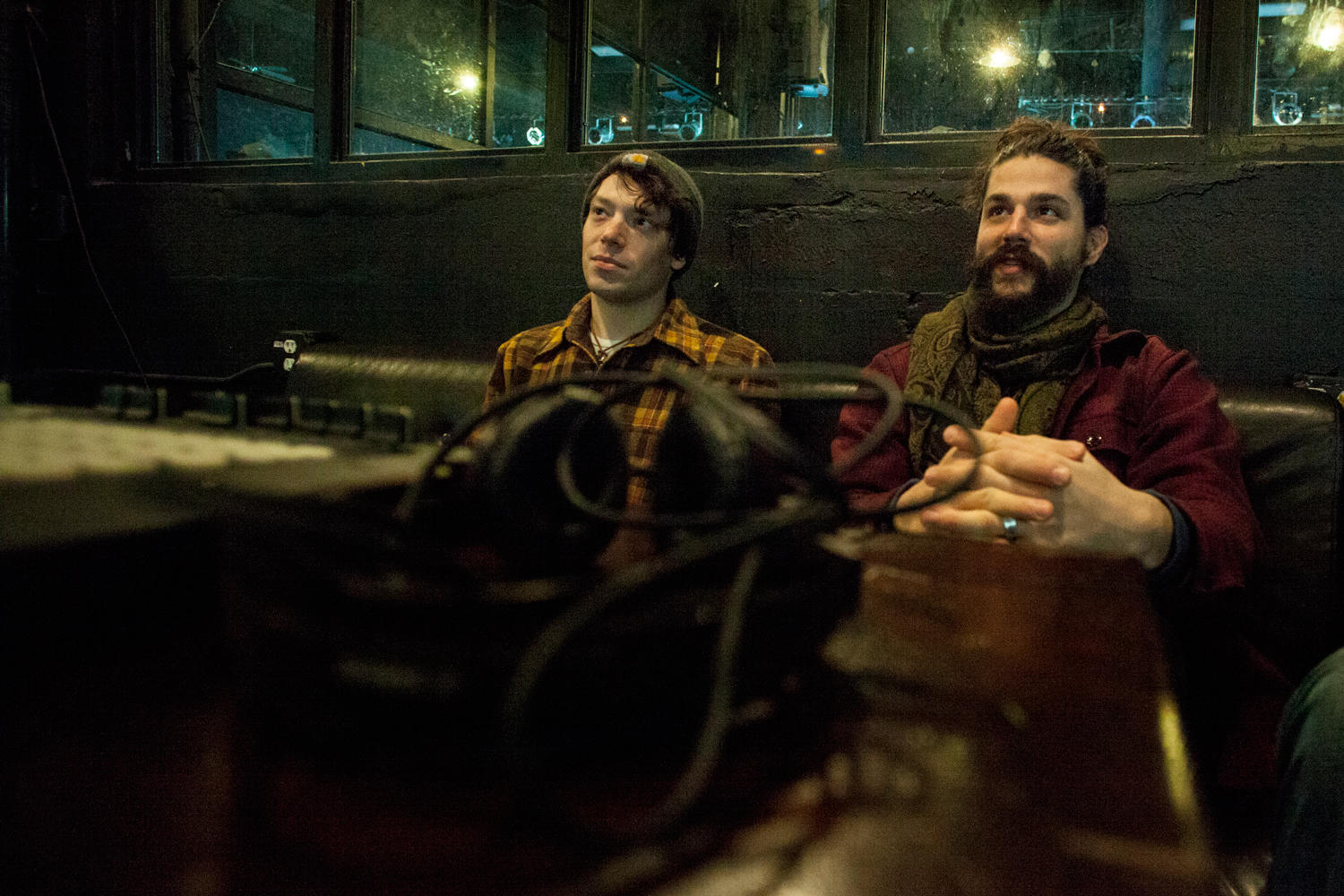 When did Morning Beast start?

Britt: About two years ago. We had already been collaborating and recording together as Loam for four years. Our first release was a compilation to raise money for Millions Against Monsanto. Our next release will be raising money for net neutrality. After that first comp, there was a line of artists wanting us to release their music. From there it kept growing.

How do you find artists?

Britt: SoundCloud is a big one. SoundCloud connects musicians who wouldn’t otherwise be able to share their songs, and we want to do the same thing with Morning Beast. SoundCloud is how we met LostOdyssey. Sometimes you’re digging through SoundCloud and you realize that your favorite musician lives in your hometown!

What kind of music do you release?

Britt: It’s electronic, hip-hop inspired production music. It’s music by artists who are tired of being in bands or can’t find people to play with. Now, with sampling technology, they can do everything themselves.

Matthew: It’s field recording music. We record our own samples, then program beats by hand.

Britt: The beats are looser and feel human. They’re not robotically quantized to a grid. I think Morning Beast is a Pacific-Northwest sound — our music is organic. The beats are made from rain, twigs, chains, and leaves. 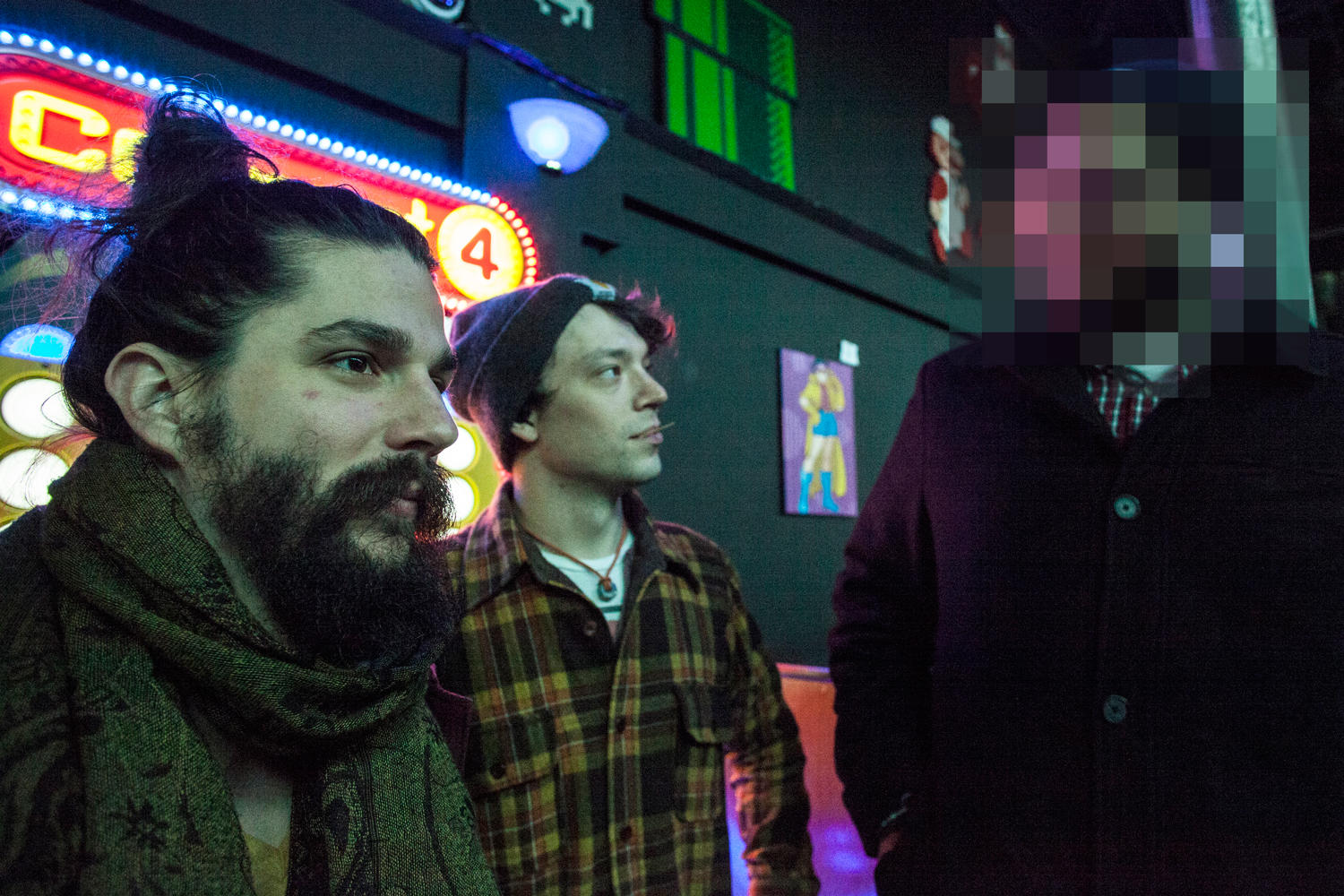 So you’re taking technology and using it to manipulate natural sounds?

LostOdyssey: At one point when making my album, we were all at Britt’s house and we were standing around a microphone with handfuls of pistachio shells, shaking them together. I thought, “This is the weirdest thing I’ve done with grown men in a while.” It was great.

Britt: Our focus is on sound design, not just composition or melody. Those things are important, it’s equally important as individual sounds and characteristics. Morning Beast is largely about textures.

LostOdyssey: If you make electronic music for over four years, you come to hate the standard sample packs. Every song has the same fucking sounds. After a while, you either resign yourself to make the same sounding stuff, or you buy a mic and create samples yourself.

I think it’s interesting how you took isolated bedroom musicians and built a community. You’re connecting people hiding in their bedrooms, pushing buttons and making songs.

Britt: Our biggest challenge is playing live, because our music isn’t really danceable or high energy. Creating the live music environment has been an interesting challenge. We have hosted some successful intimate house shows with layers of projections.

LostOdyssey: The best shows I’ve ever been to are [in] small rooms where you’re close to the artist. There’s no fiberglass spaceship or laser lights separating you. Most of our audience is other musicians, too. Our shows can get them out of the house — especially computer musicians, who spend their lives alone, making beats. Morning Beast gets us out of the house and brings us together.

A Conversation With Black Milk