Maestro Harrell is a Chicago-born DJ, producer, and actor who has appeared in a variety of commercials and TV shows since childhood, from the critically-acclaimed The Wire to more recent programs such as Fear The Walking Dead and House of Lies. His music career is equally wide-ranging; Maestro started as an R&B singer before switching gears and producing progressive house music. The 10,000 spoke with Maestro about success, staying hungry, and finding creativity in the world of EDM.

You’ve had such a diverse career. How did you get your start?

When I hit about two or three, my parents put me in piano lessons. I was a cute kid, so people started to say, “Hey, you should put him in acting.” And so I actually wound up in modeling first, and then I ended up doing commercials. When I was about seven, I got my own television show on UPN called Guys Like Us. That was in ’98. I was a frequent guest on Jay Leno. I’ve been on the Jay Leno show like six times. You remember the “Be Like Mike” Gatorade commercial with Michael Jordan? I was the little kid in that. After that I got off TV for a while, but I didn’t go away. I did The Lion King at The Chicago Palace and other things. But then I moved to Atlanta to do the whole R&B thing. I was signed to Def Jam with Jermaine Dupri.

And you went from that to The Wire.

The difference between everything I had done and The Wire was that The Wire was real. That’s what was so cool about it. The fact that something so real got made. And coming from Chicago, I get it. The show made me grateful, and it also made me happy that I was doing something that actually spoke to a lot of people and served as a wake-up call. 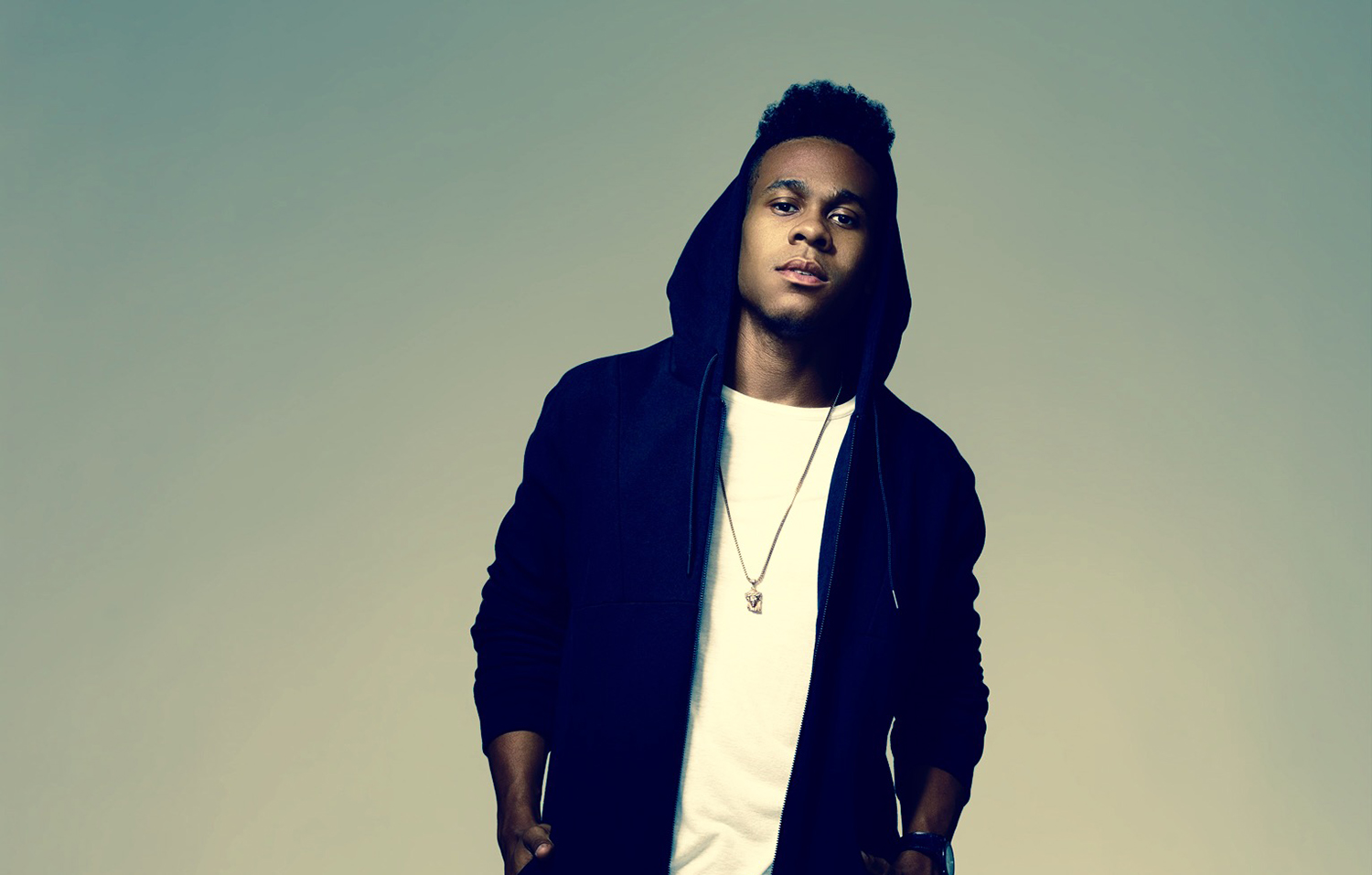 You already have a successful acting career. Why did you decide to get into music?

I actually lived with Jermaine Dupri and Janet Jackson when I was twelve. Eventually Jermaine left Virgin and went to Def Jam and he took me with him. We tried to exploit the momentum of The Wire; I was on MTV’s My Super Sweet Sixteen. Eventually I was over [making] R&B music, but I still liked [listening to] R&B music. I started to look at it like this: me and Lil Bow Wow used to be best friends, and he was so young and had this big house, but then I would look at Jermaine’s house, and his house was way bigger. That’s what intrigued me about producing. The artist is the puppet and the producer is the one who makes all the calls. Unless you’re writing your music or taking creative control, you’re just the guy who sings. After that I learned how to make beats – mostly R&B and rap beats – but after I moved to L.A. in 2009, right around the time when pop music started going slightly house-y, and that’s when I got hit with the house music bug.

Between the acting and the music, you must know everyone.

No I.D. is one of my mentors. I know Common, Malik Yusef, Big Sean, and all those kinds of people. A couple of months ago I was in Vegas with DJ Tiesto for his birthday, and that’s a completely different world from acting. It’s kind of a balancing act. I stay up all night making tracks, but unlike most people, I’ve got to wake up the next morning and be at an audition. If you’re a DJ, you go out until three or four in the morning and wake up hungover then do your next gig. I can’t be hungover going to an audition! But you also have to be on the scene. If you’re going to stay in your house and make music you might be forgotten. You can be talented as hell, but if your social media numbers suck, nobody cares. And that’s part of what keeps me focused. Another thing you have to realize is that it’s me and three other people that play the roles of young high school-looking black dudes on TV. I get a lot of work for my category, but that isn’t really a ton of work! If I can get my music career where I want it to be then all of a sudden I’m not viewed as just a 20-year-old young black actor. Let’s not forget that one of the biggest actors in the world is Will Smith, and nobody thinks of Will Smith and goes, “black actor.” He’s just Will Smith! But you can’t forget that he was a rapper first. No minority gets to that level being one-dimensional.

How do you use your creativity to stay on the cutting edge of EDM?

People always want to look down on pop music, but the difference with dance music is that it also has to function. Everyone wants that cool, different sound, but when you play it live at a festival with 30,000 people, [it has to make people] move. Everyone says it’s easy and repetitive, but every time you make a track you have to think about what will make a large group of people feel the same emotion at the same time. It’s hard to stay creative without jeopardizing functionality because a house song that doesn’t function is pointless.

Girls Club: A Conversation with Alda Ly and Chiara de Rege of The Wing