Live Footage is an electro-acoustic, improvisational band made up of electric cellist Topu Lyo and drummer and keyboardist Mike Thies. The duo, who have been described as “surrealist soundtrack composers,” has been tapped to create several eclectic contemporary musical pieces by brands in fashion, film, and dance since their inception in 2009. We were able to catch up with Mike and Topu at their studio in the Williamsburg neighborhood of Brooklyn to chat about the collaborative nature of musicians, inspiration, and their unique sound. 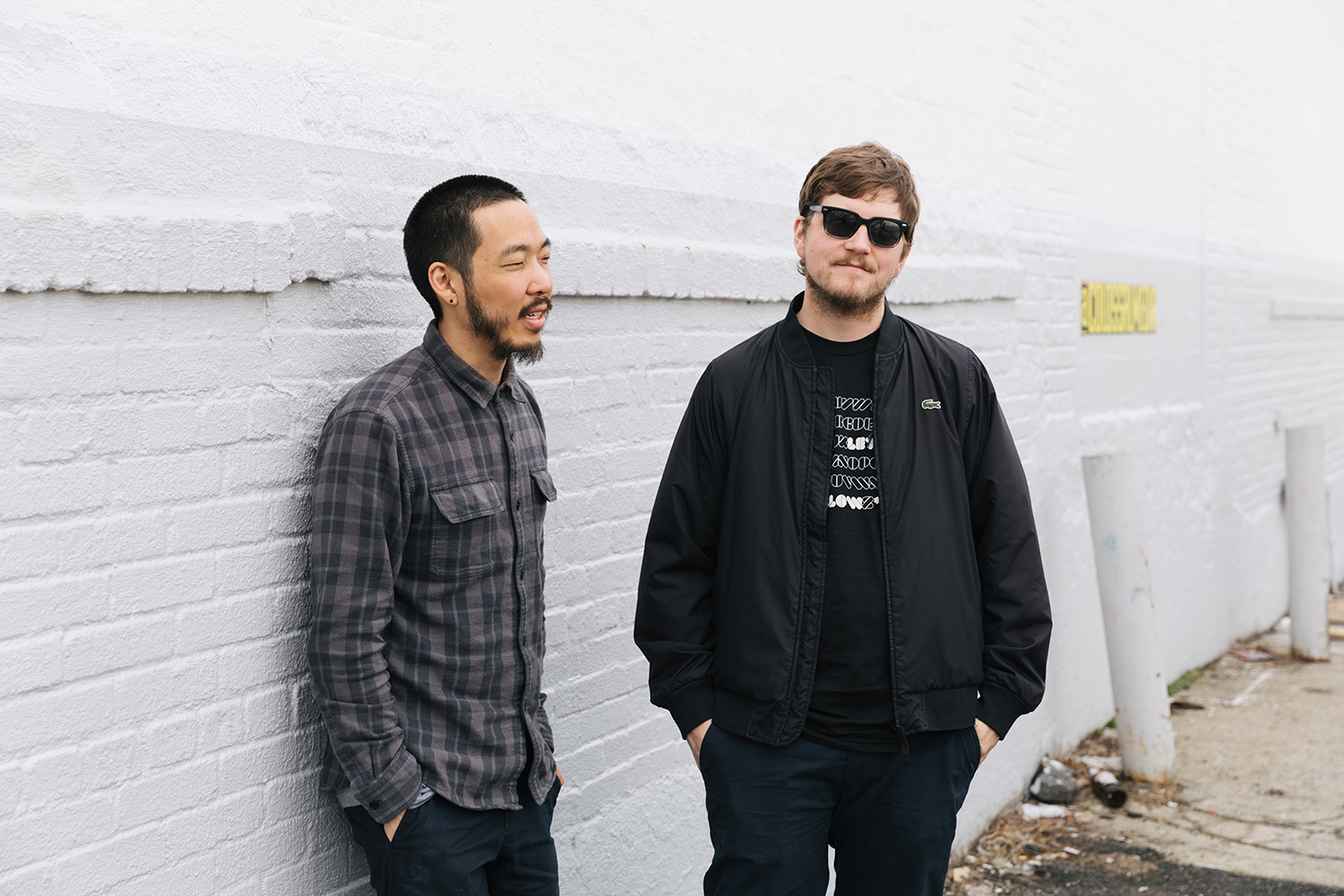 While Live Footage is technically a duo, you work with over a dozen fellow artists who contribute to your work in various ways. How do you manage to keep everyone on the same page creatively?

Mike: “I think the nature of being an artist is collaboration. Both of us are really interested in other forms of art, and many other art forms are involved in the production of music. So we’re constantly looking for people to collaborate with. It’s not too hard to stay on the same page creatively, because mostly everyone we collaborate with knows what we do and how we sound, and we also know what they do and how to utilize that.”

Topu: “We’re lucky in the sense that we have a big family-slash-community in NYC. Most people we work with are people who have seen us play and know how we sound and our aesthetic. [For example], we often work mixing with Mike’s brother, Nolan. We’ve also been together for ten years and have slowly integrated many people into our circle. Like later this year we’ll be dropping an album with a saxophonist Danny Meyer, who’s sat in with us numerous times.”

You make music that isn’t easily relatable for mainstream listeners. How has this affected the way you compose?

Topu: “Luckily for us, from our first show we’ve gotten great feedback, which has ultimately emboldened us and given us confidence to continue on our path of making weird sounds and hoping people follow us down this psychedelic experimental path. It feels like over time evidence points to creativity and originality as very important assets, so it’s best to invest in yourself and your own process.” 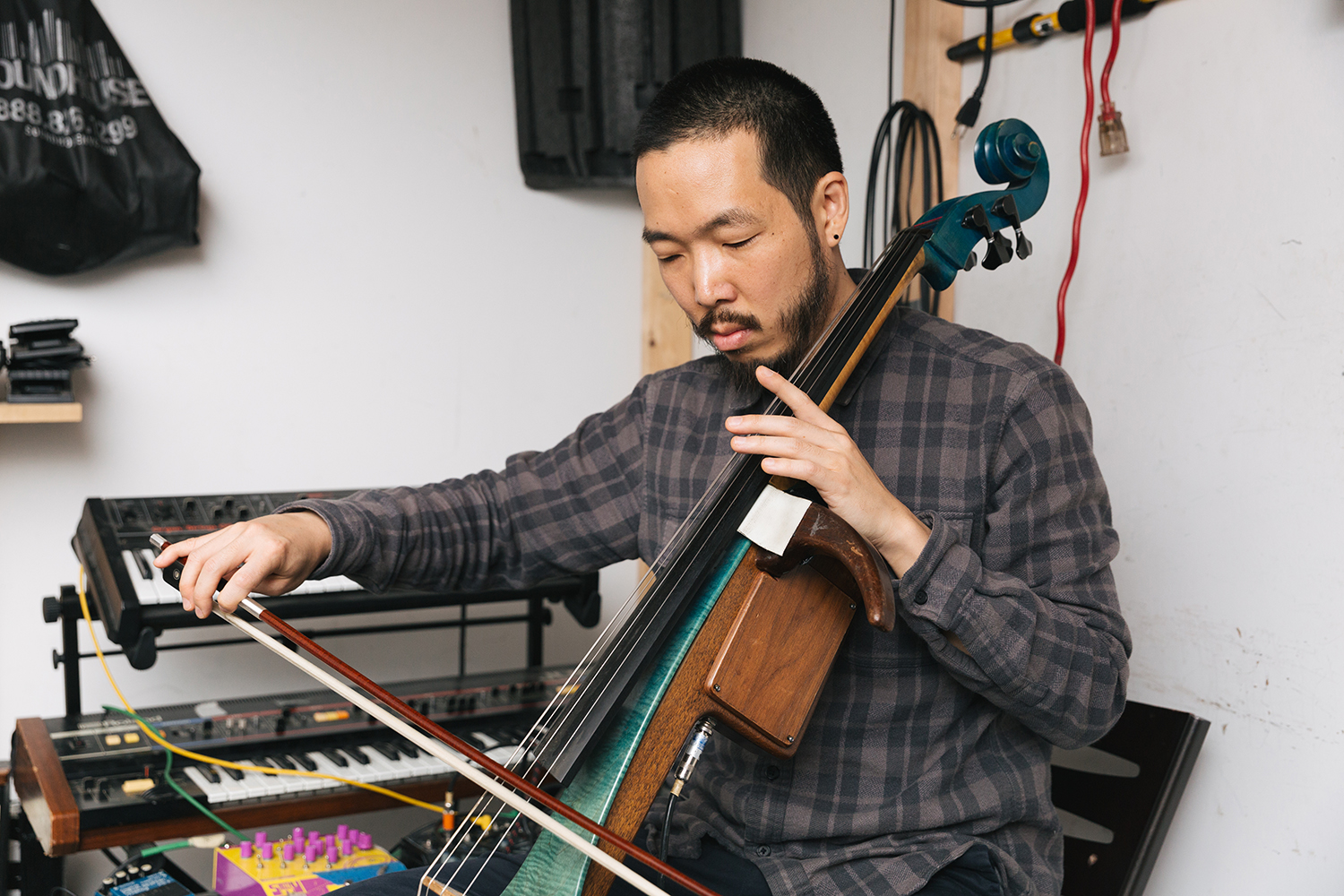 You create so much content, from music to the accompanying video pairings. How do you stay creative?

Mike: “Staying inspired can sometimes be a challenge, but for us we’re both continually diving into different areas of music, so naturally our mind is opened to many different avenues. But sometimes if things get stale, I look to other art forms to inspire music.”

Topu: “NYC is constantly bombarding you with amazing visuals. Walking down the street you can be inspired many times. I’m also constantly finding new ways of being inspired from interviews, from visuals on Instagram, from YouTube—I have so many friends that are great artists.”

You’re New York City-based, Brooklyn to be exact. What about the city do you incorporate into your work?

Mike: “New York City provides a vast wealth of inspiration to draw from. Simply going to a top-notch art museum can yield a lot of different ideas creatively. I find riding the subway is often an inspirational experience, [though] sometimes a trying experience. Both can lead to good music-making. Also New York has such a rich musical history; it’s good to look to the past to see where to go in the future.”

Topu: “The city’s always presenting opportunities for us in unique ways. For instance, there’s an artistic film rental and micro-theater that just opened up in Greenpoint; we’re looking to do something with them in the future. A friend has a great roof top; we see an outdoor performance space. There’s art all around us, and opportunity to make great collaborations.” 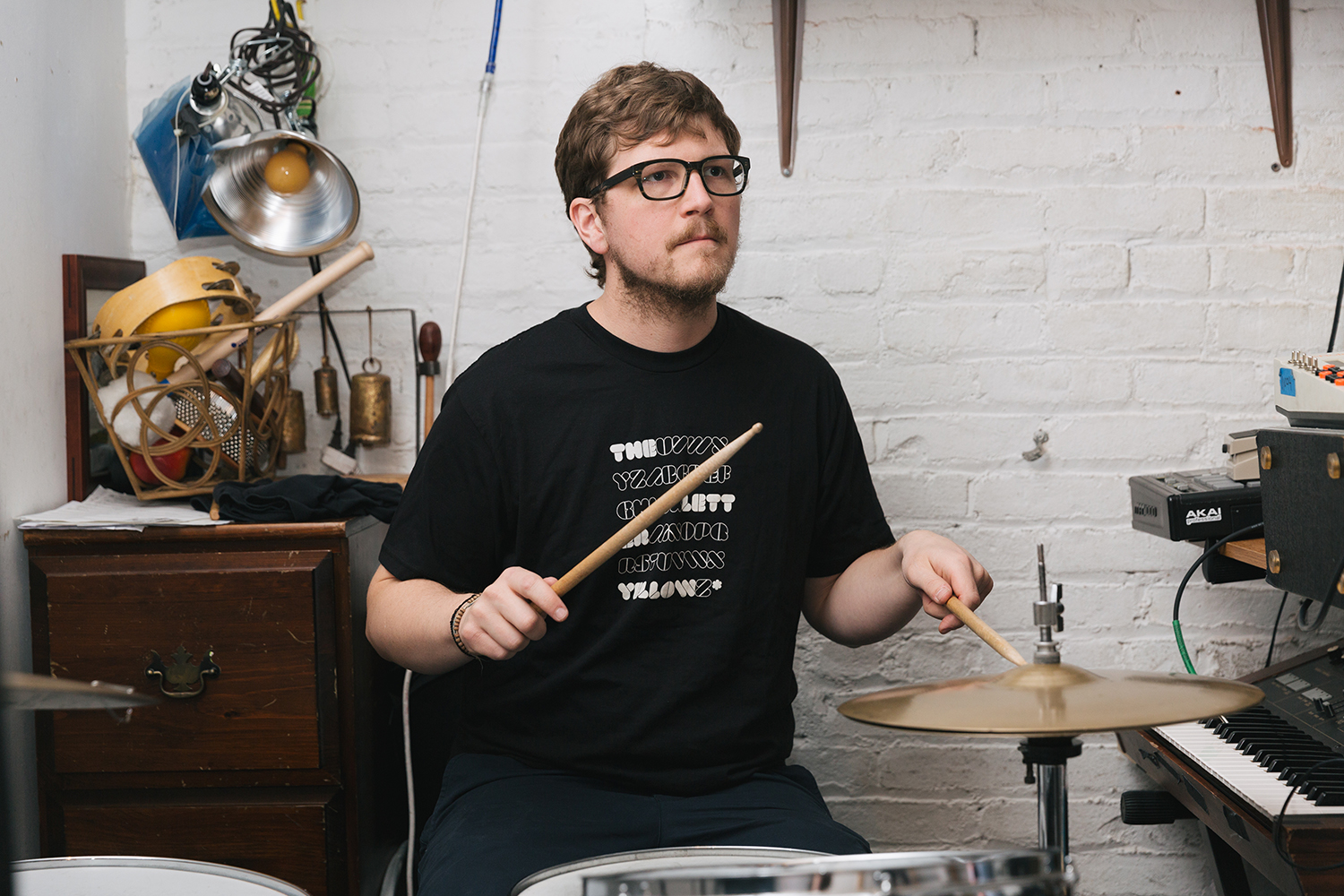 Nowadays, brand building can be as much a part of an artist’s career as their work. How have you built the brand around something so creative and different?

Topu: “We’ve been so fortunate to be able to perform and hone in on ideas at our weekly residency Apotheke. We’ve met great people and always have a place for prospective clients to experience us live in an intimate setting. People come every week, and we brainstorm both short term and long term goals with a lot of other artists in different fields. Right now we’re working on scoring a science fiction play, a potential Broadway interactive play, and some dance collaborations, as well as live scoring.”

Mike: “Yeah, branding is really important these days. Before the Internet the business model of working as a musician was quite different. It’s pretty necessary to be fluent in most areas of social networking, Because that’s basically how people find out about you. We’re lucky to play live every week and meet people the “old-fashioned’ way as well. But everything, from having a logo, to staying continuous with a visual aesthetic is really important—in addition to having good music.”