Jamareo Artis, bass player in Bruno Mars’ band The Hooligans, might not be as well known as Bruno, but the talented instrumentalist has been right by his side, gaining his own accolades and performing for millions of fans along the way. The 10,000 tapped Jamareo Artis to put together a playlist of his favorite tracks — songs he worked on and those he admires. Below are his answers.

Nicola Thoms, “Nothing On Me” “I instantly became a fan of this song after the first listen. One of my buddies from London produced it and it’s magical. Songs that have meaningful lyrics, passion, and soul are always winners in my book.”

Moonchild, “The Truth” “I’m a big soul music fan. [Listening to] this song puts you in another world; just zone out and let the music take you wherever you want to go. The chords, sounds, vocal melodies and harmonies, along with the passion of the musician and singer, really take you places.”

Mark Ronson, “Uptown Funk” “The bass you hear on this song is, in fact, ME! I had to choose this song because it was one of the biggest songs of the decade, and I wanted to hear myself play for a second. [Laughs]. It took us seven months to finally nail down the final version of this song. I had no idea this song would turn out to be so popular, but I’m happy it did.”

Mark Ronson, “Feel Right” “While I was in the groove, I figured I’d add another jam from the same project with Mark Ronson. You can’t not love this song; it makes you dance all over the house, in the subway, everywhere.”

Of Monsters and Men, “Silhouettes” “You have to love a good dark song every once in awhile. I love the production on this song; the percussiveness of the drums as the song really starts digging in really does it for me.”

Ambrosia, “You’re The Only Woman” “Growing up in a household with music lovers, I was exposed to all types of music, from new school to old school. So this is very fitting for my playlist; I love the old school vibes so much. This song feels sexy, with smooth background vocals, and is perfectly produced with the live instruments, like they would always do back in the day. I wish this type of music would come back around and become popular again.” 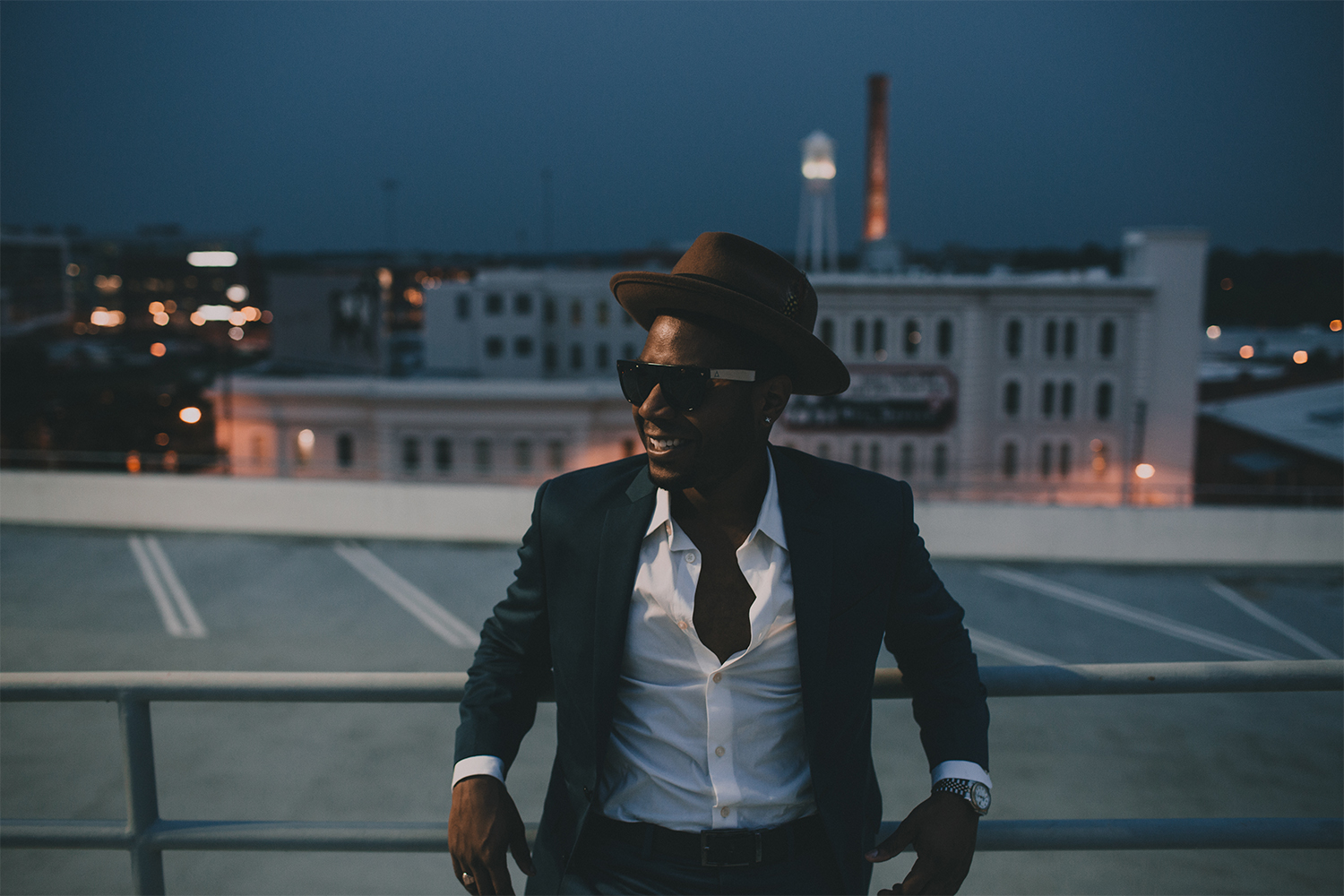 The Turtles, “Happy Together” “Everyone knows this song. This goes back to me loving old school music. This song definitely makes you feel happy. And because I’m a musician, I love the live instruments; the analog sound will always be the greatest recorded studio sound ever.”

Yehan Jehan, “Swallow The Horizon” “Sitting in a French restaurant in Paris I overheard this song playing over the radio and immediately had to Shazam it. The vibe of this song is what sold me; I felt like I was floating while listening to it. Yehan Jehan, you’re the man.”

Jaco Pastorius, “Portrait of Tracy” “Jaco was one of my favorite bass players as I was growing up and learning how to play, so I had to add him. This song used to make me cry when I was little because it sounded so beautiful; I could somehow feel Jaco’s emotion through his harmonics, almost as if he were having a conversation with his bass. That’s what music is all about, no matter what style it is; if the music doesn’t connect with you, it’s not the right music.”

The Police, “Walking On The Moon” “Growing up I heard a lot of The Police and even today I can still remember what I was doing and how I felt listening to some of their songs. This particular one has a new meaning to me because I got to perform it on bass with Sting himself at the Grammys in 2013. It was for the Bob Marley Tribute with Bruno Mars, Rihanna, and Ziggy and Damian Marley. Out of all the highlights of my career so far, that was one of the most surreal moments. After rehearsing all week for the performance and finally knocking it out the day of The Grammys, Sting walked up to me and made sure I didn’t leave without connecting with him. To this day, I’m very proud and happy to say that Sting is someone I speak with consistently now.”

The Police, “Can’t Stand Losing You” “I’ve already expressed my love for The Police so it’s no surprise I had to add another one of their songs. I love the reggae vibe on this one; I’ve always thought of The Police as the rock version of Bob Marley because they mix in reggae with their trio rock style. It makes their whole style fun to listen to and jam out with.”

Bruno Mars, “24K Magic” “Bruno is my brother and I’ve been a part of his band (The Hooligans) for over six years now, so it wouldn’t have been fair if I hadn’t included this new song. “24K Magic” is bringing the sounds of the ’80s and ’90s back. If you love a good party song with a little bounce to it that feels good, then this song is definitely for you.”

Fela Kuti, “Zombie” “This song is jamming and grooving so hard, it makes no sense. It’s very old, yet the groove still never gets old to me. For those who don’t know about Fela Kuti, you might want to get to know his music. This song is pretty long, but if you just sit and listen to everything happening in it, you’ll find yourself grooving all over the house.”