Through blacked-out doors into a lush carpeted environment, Dia: Chelsea transports shoeless viewers into a psychedelic universe inside the newest iteration of Dream House, an iconic immersive installation created by Fluxus sound artist La Monte Young and light artist Marian Zazeela. With red and blue coverings over the skylights and a droning soundscape, the installation vibrates with sound and glows a magenta hue, inviting multiple perspectives with hanging mobiles and wall-mounted sculptures.

First conceived by Young in 1962, Dream House is a pioneering benchmark in the now ubiquitous medium of experiential site-specific installations. An ever-evolving artwork, the current version–entitled Dia 15 VI 13 545 West 22 Street Dream House–features a collaboration with artist and musician Jung Hee Choi, who has worked with Young and Zazeela since 1999. 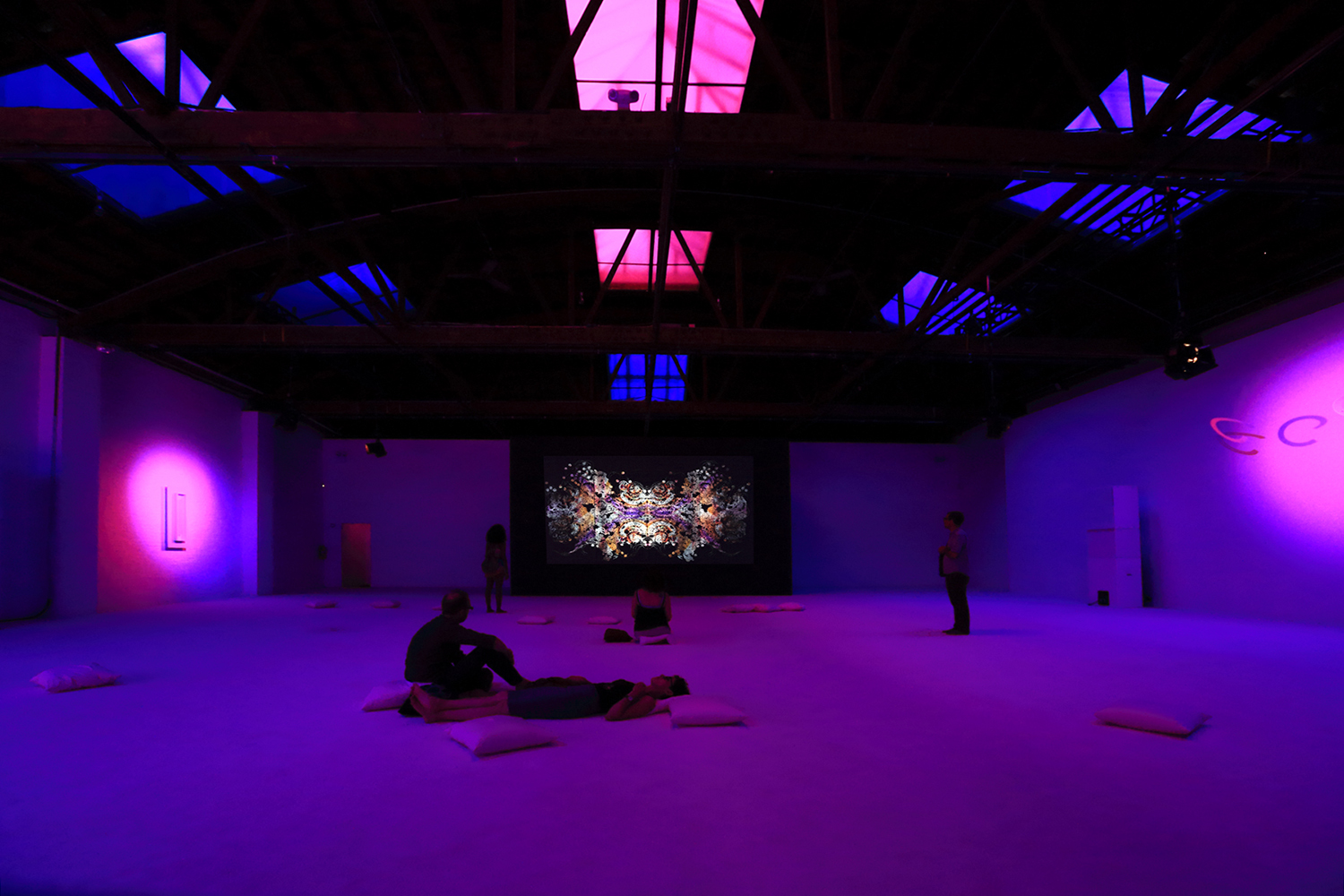 In honor of the current exhibition, which marks the 40th anniversary of the Dream Festival organized by Dia, as well as Young and Zazeela’s respective birthdays, the 10,000 spoke with Dia Art Foundation’s Assistant Curator Megan Witko about the Dia’s continuing relationship with Dream House, Choi’s contribution to the installation and what separates Dream House from other immersive installations.

From commissioning an iteration of Dream House at 6 Harrison Street from 1979 through 1985 to recently acquiring Dia 15 VI 13 545 West 22 Street Dream House for their prominent permanent collection, the Dia Art Foundation has continually expressed their unwavering support of Young and Zazeela’s transformative art. Considering the extensive history between Dream House and Dia, Witko explains, “The work of La Monte Young and Marian Zazeela was a very important component of the early days of Dia, and they were some of the first artists that Heiner Friedrich (one of Dia’s founders) collaborated with. When Dia’s newly-appointed Director, Jessica Morgan, arrived in New York in January, she very much wanted to honor that long-standing commitment to their work and find a new way to present Dream House to the public.” 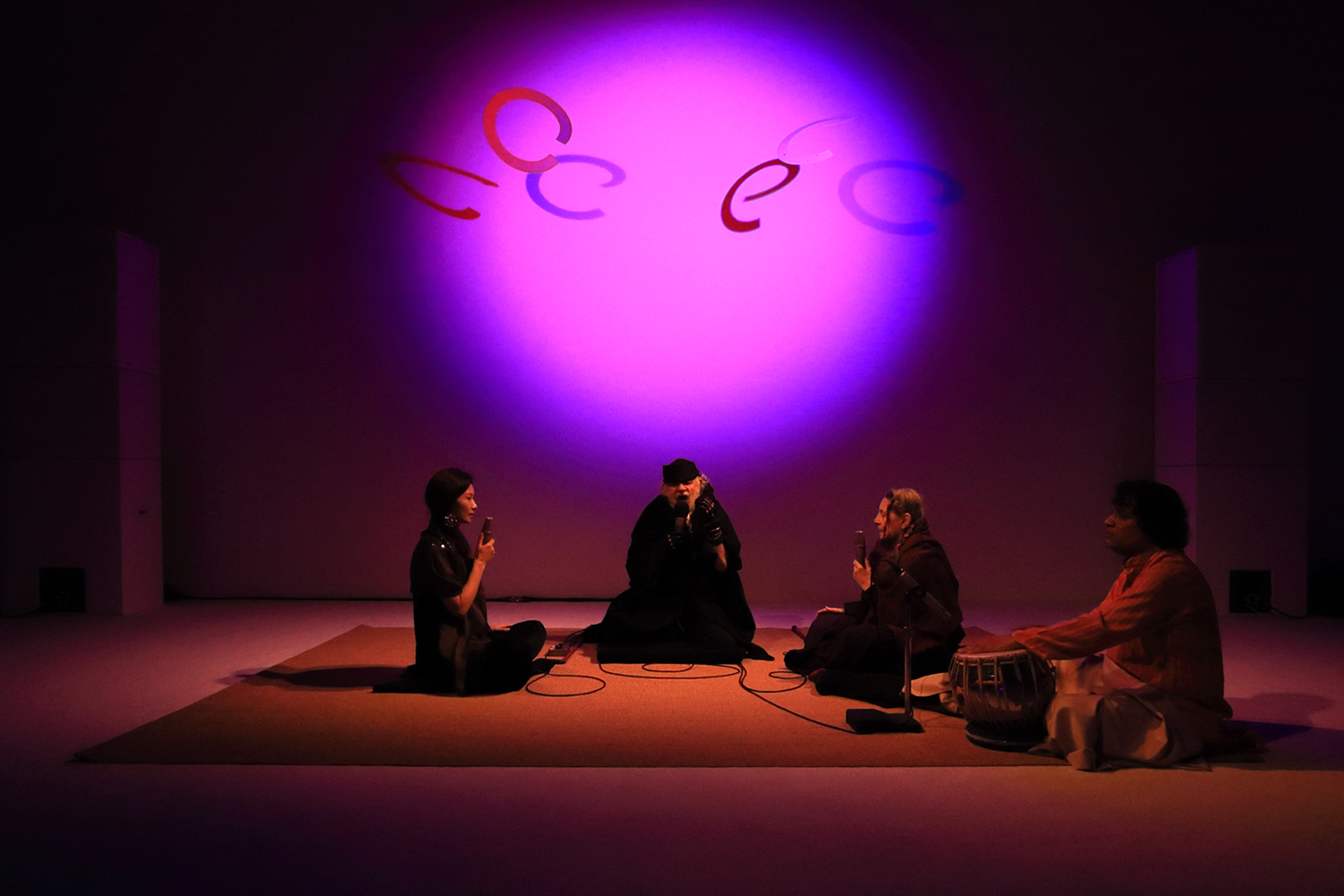 Dream House shifts and changes with each subsequent iteration, as seen in the current inclusion of Jung Hee Choi’s art. With an amorphous and spectral video installation on the darkened back wall of the exhibition space, Choi adds a fluid hallucinatory quality to the installation, engaging visually with Zazeela’s twisting and turning mobiles.

Not only displaying Choi’s visual installation, the Dream House at Dia: Chelsea also marks the first combination of Choi’s sound work with Young’s experimental sine-wave sound environments. By merging these two related yet disparate sound projections, Witko describes, “Choi’s Tonecycle Base 30 Hz, 2:3:7 Sine Wave Version has more frequent modulation than Young’s Dream House sound environment and as it varies in pitch, the relationship between the two is subtly altered and heightened.” 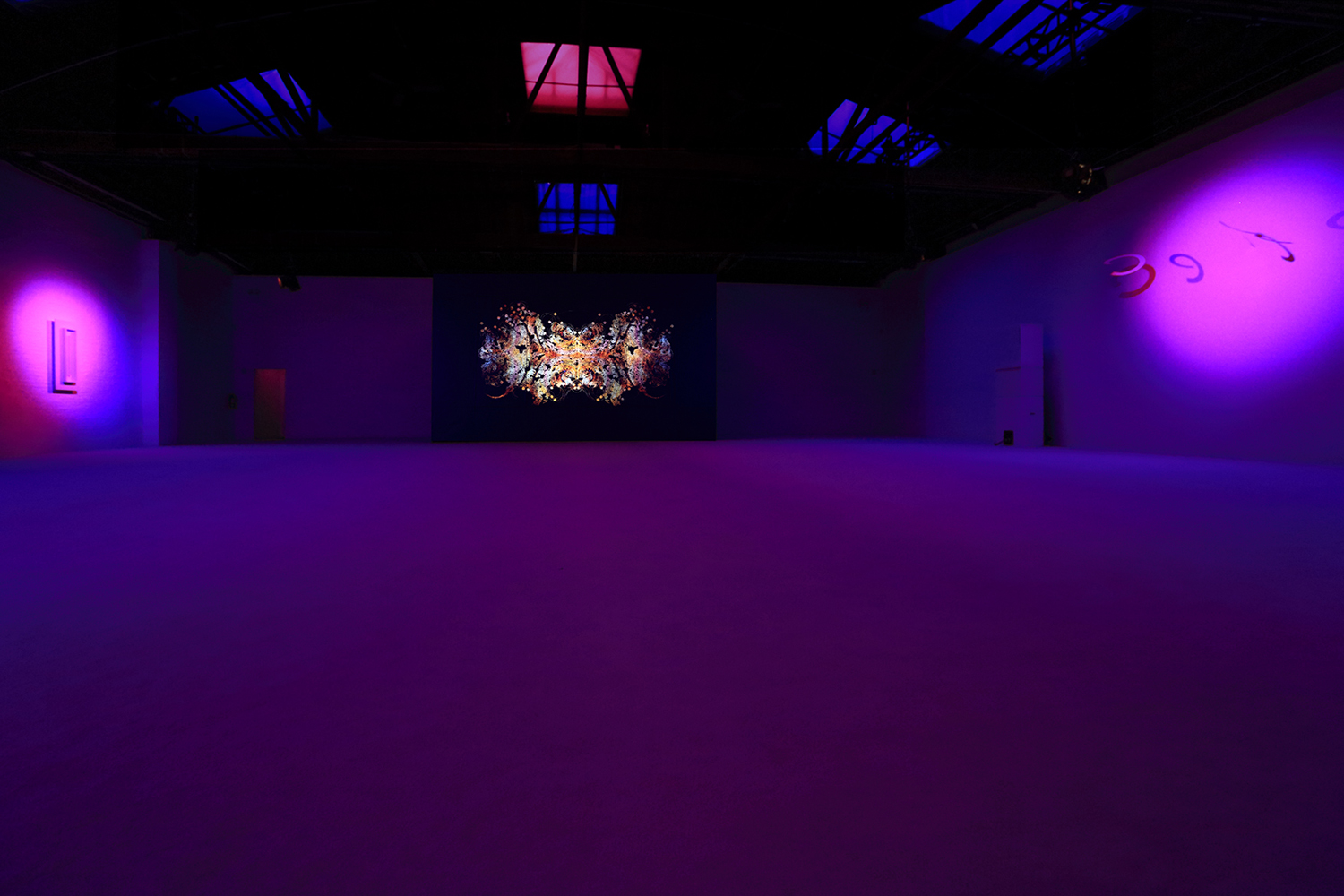 Asking Witko about what sets Dream House apart from other immersive installations, she responds, “A key component of the Dream House installation that sets it apart is duration. From the beginning, La Monte, Marian and now their disciple Jung Hee Choi have wanted to allow visitors the opportunity to visit the Dream House many times to experience different qualities of light and evolutions of their tuning.”

With more time spent in the installation, the viewer begins to physically experience the frequencies in Choi and Young’s sounds, which change with the viewer’s every movement. Through dynamic manipulations of sound and light, Dia 15 VI 13 545 West 22 Street Dream House seems to transcend a stable sense of time and space.

A Private Tour of MoMA