Space Jam, the 1996 movie where NBA legend Michael Jordan was sucked into the world of Looney Tunes through an inexplicable golf course portal and then led a basketball team of cartoon characters to a heroic victory over some gargantuan aliens, left an indelible mark on a generation of kids. The movie was a focal point for mid-90s pop culture, featuring names such as Air Jordan, R. Kelly, Bill Murray, Bugs Bunny, and even Newman from Seinfeld. It’s a movie that taught elementary-aged kids to believe in themselves – they didn’t need any of “Mike’s Secret Stuff” because they already had what it takes inside them. 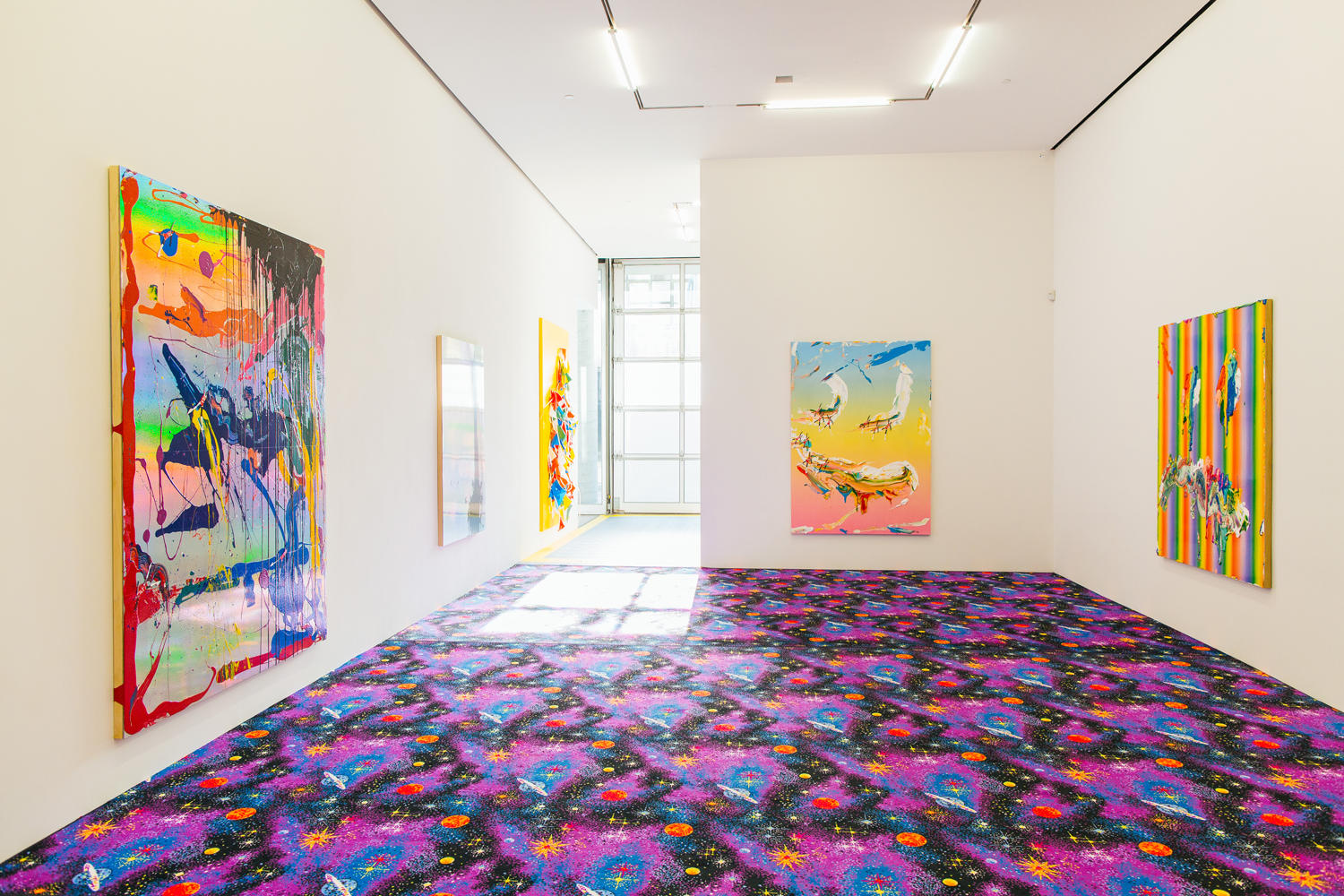 Twenty-eight-year-old artist Devin Troy Strother was one of those kids, and he has created an entire exhibition of work based on Space Jam. But Strother’s work doesn’t go the easy, cheap route of 90s nostalgia — the artwork captures and comments on the era, the icon of the sports star, and the art world as a whole. 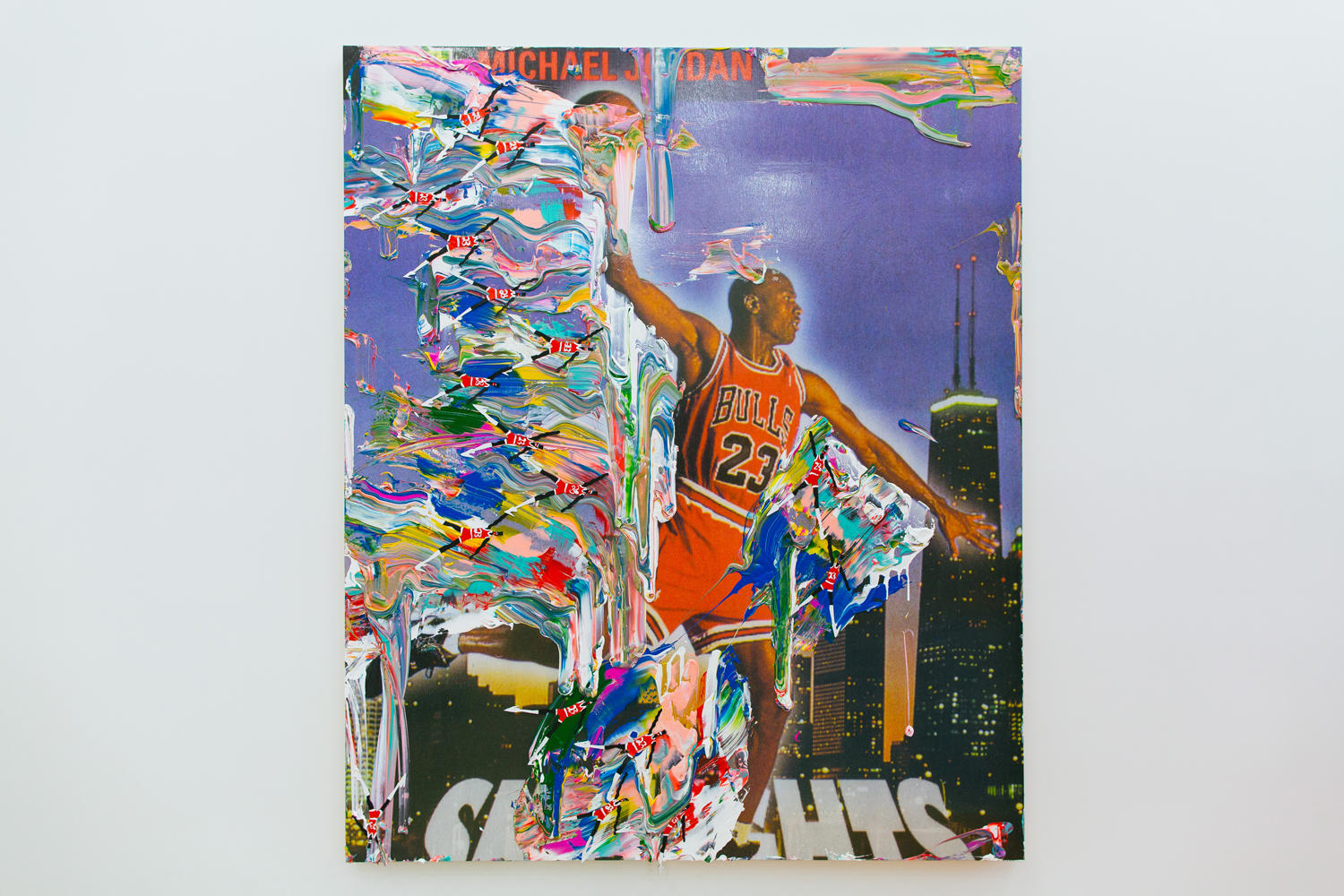 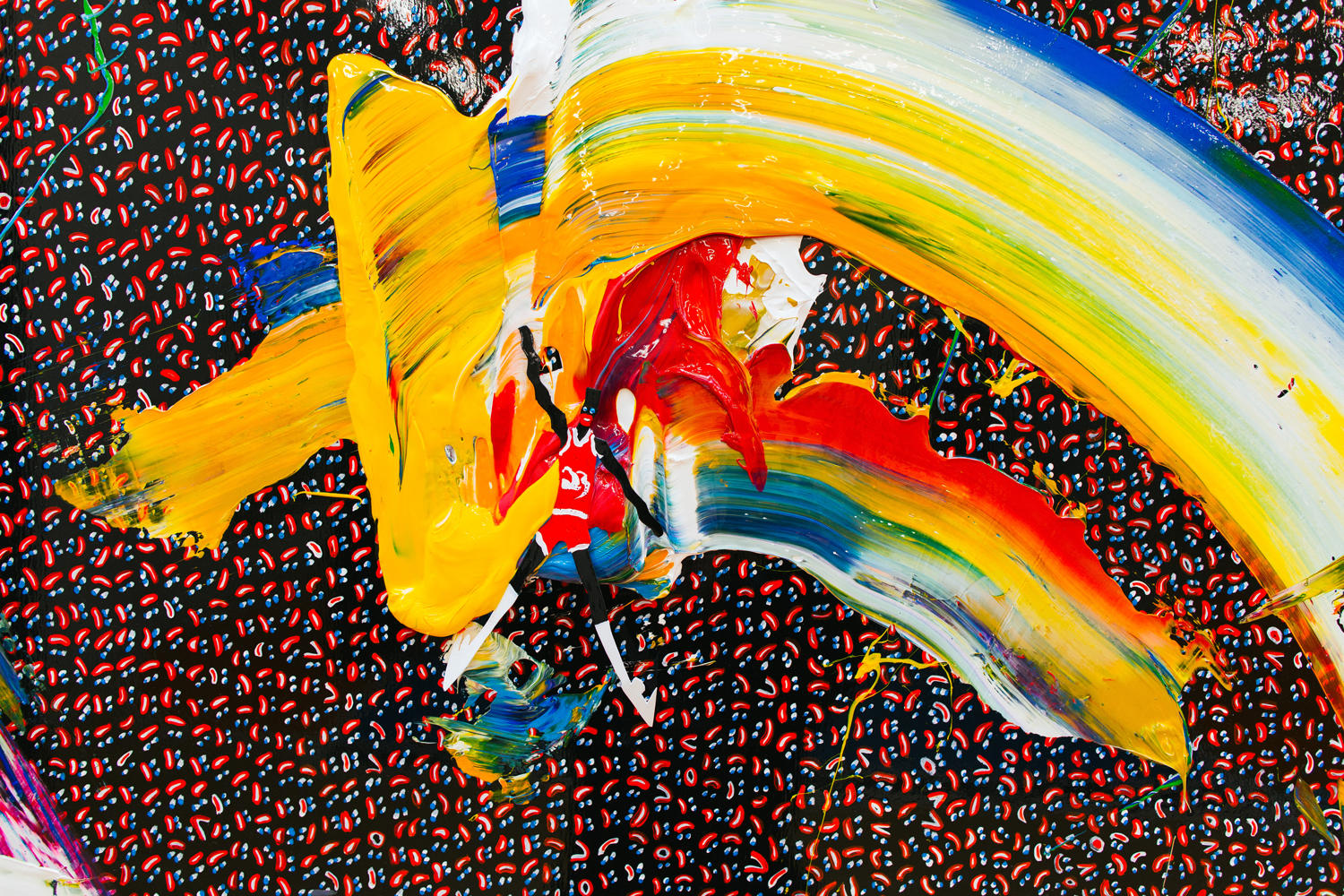 Strother, born in 1986, grew up in California and now splits his time between Los Angeles and New York City. His sculptures, paintings, and installations address notions of race and identity, exploring what it means to be a black male in the contemporary world. But Strother is self-aware enough to take things a step further, and so his works grapple with the idea of transcending identity — sometimes even through the lens of a 90s kids’ movie about a bunch of aliens who steal the talent of NBA players. 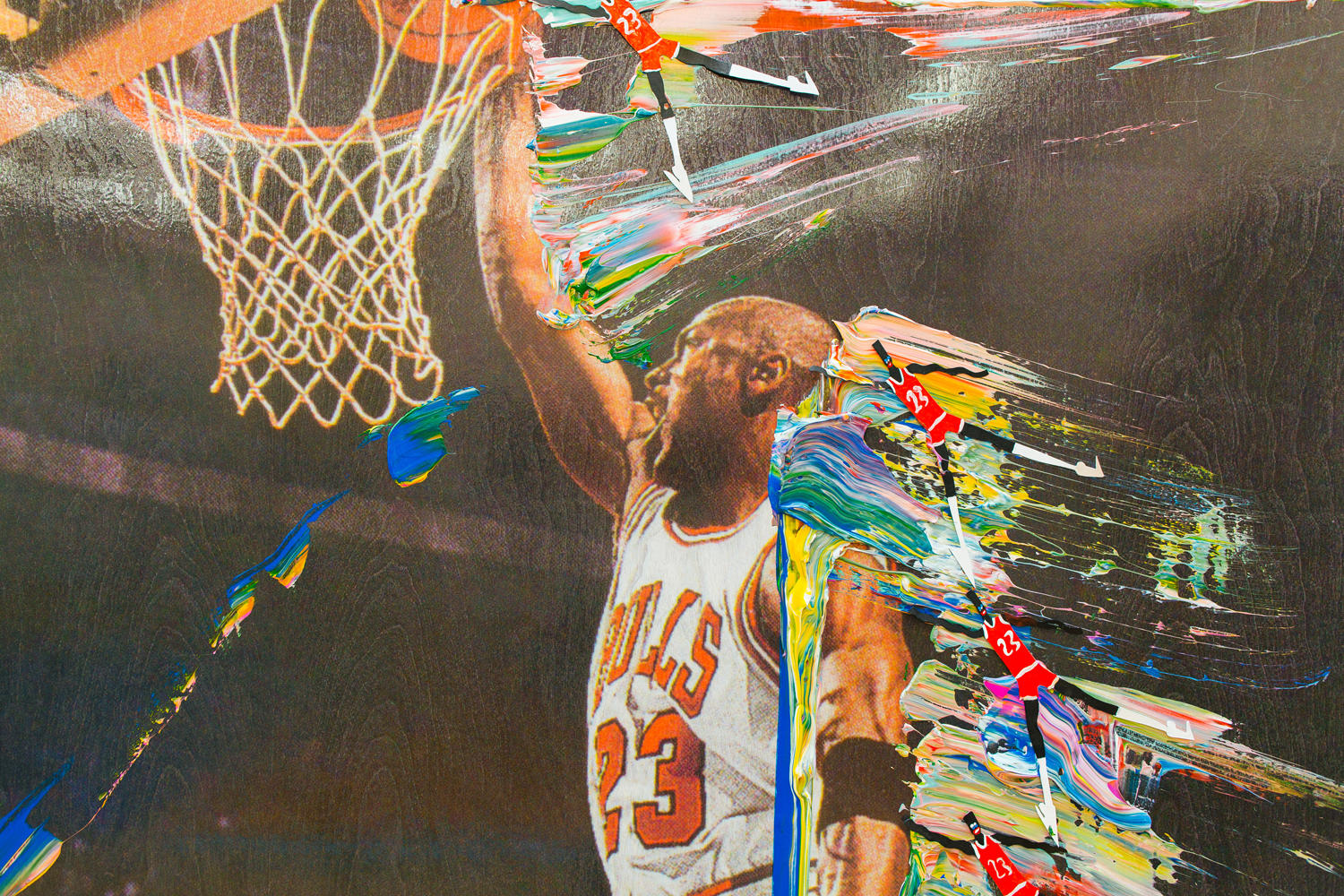 In his new exhibition at Marlborough Gallery’s Chelsea location, Strother approaches Space Jam not as a kitsch remnant of the decade, but as a deeply genuine expression of what makes basketball a sport worth loving and how athleticism can define popular culture. The exhibition’s title, Space Jam, is a not-so-subtle play on the way that Strother manipulates his gallery space. He converted the floor of the gallery into a basketball court, scattering it with hulking, imposing black monoliths, a poignant and funny statement about sports stars and their status. 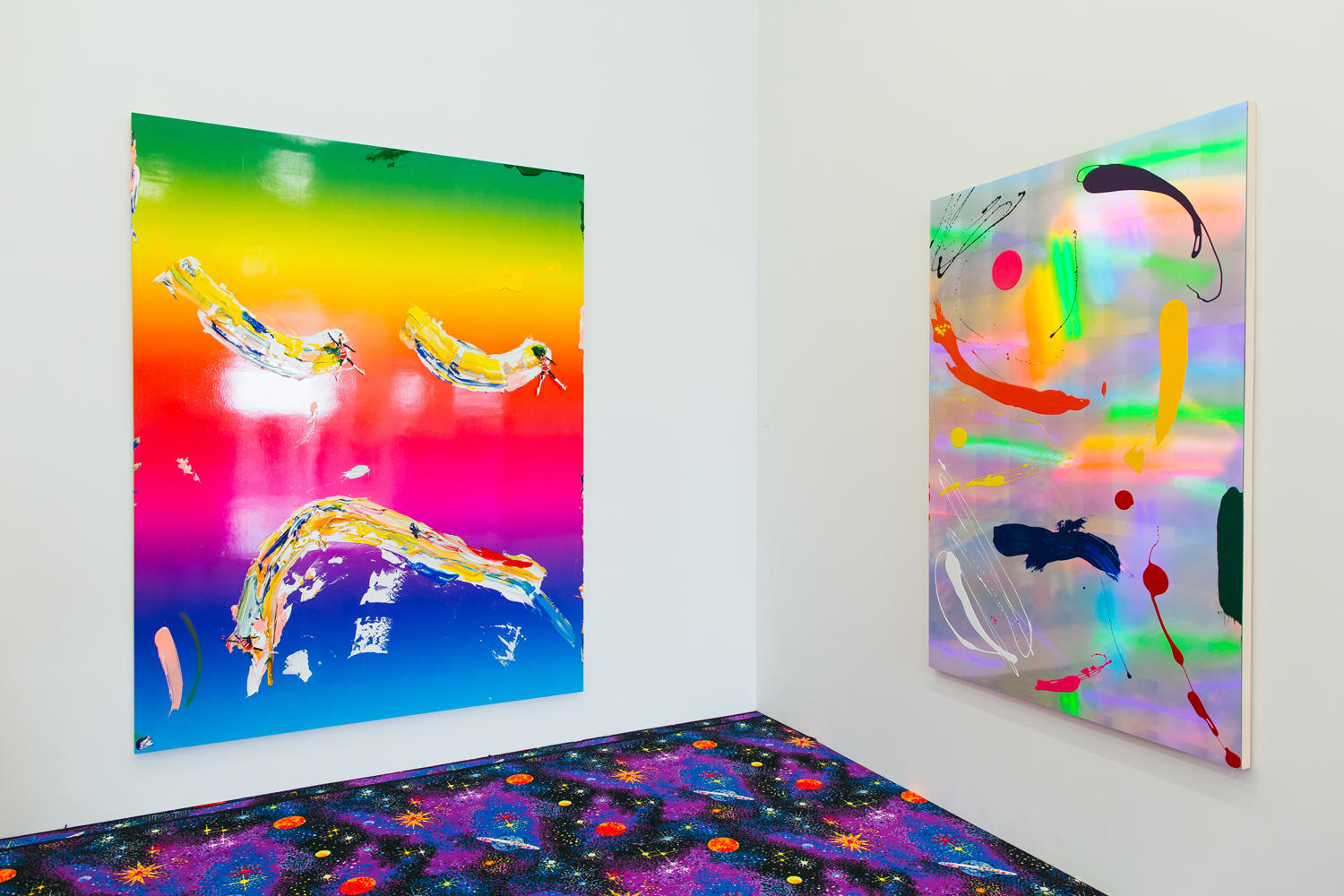 A series of paintings overlay pop culture basketball imagery, straight from a pack of Topps trading cards, with raw, abstract-expressionist compositions. Other works involve Michael Jordan collage portraiture, light diffusion plastics, and even a 90s-era intergalactic rug. The pastiche of old pop culture references creates an aesthetic that’s entirely Strother’s own — one that is both personally authentic and culturally relevant. 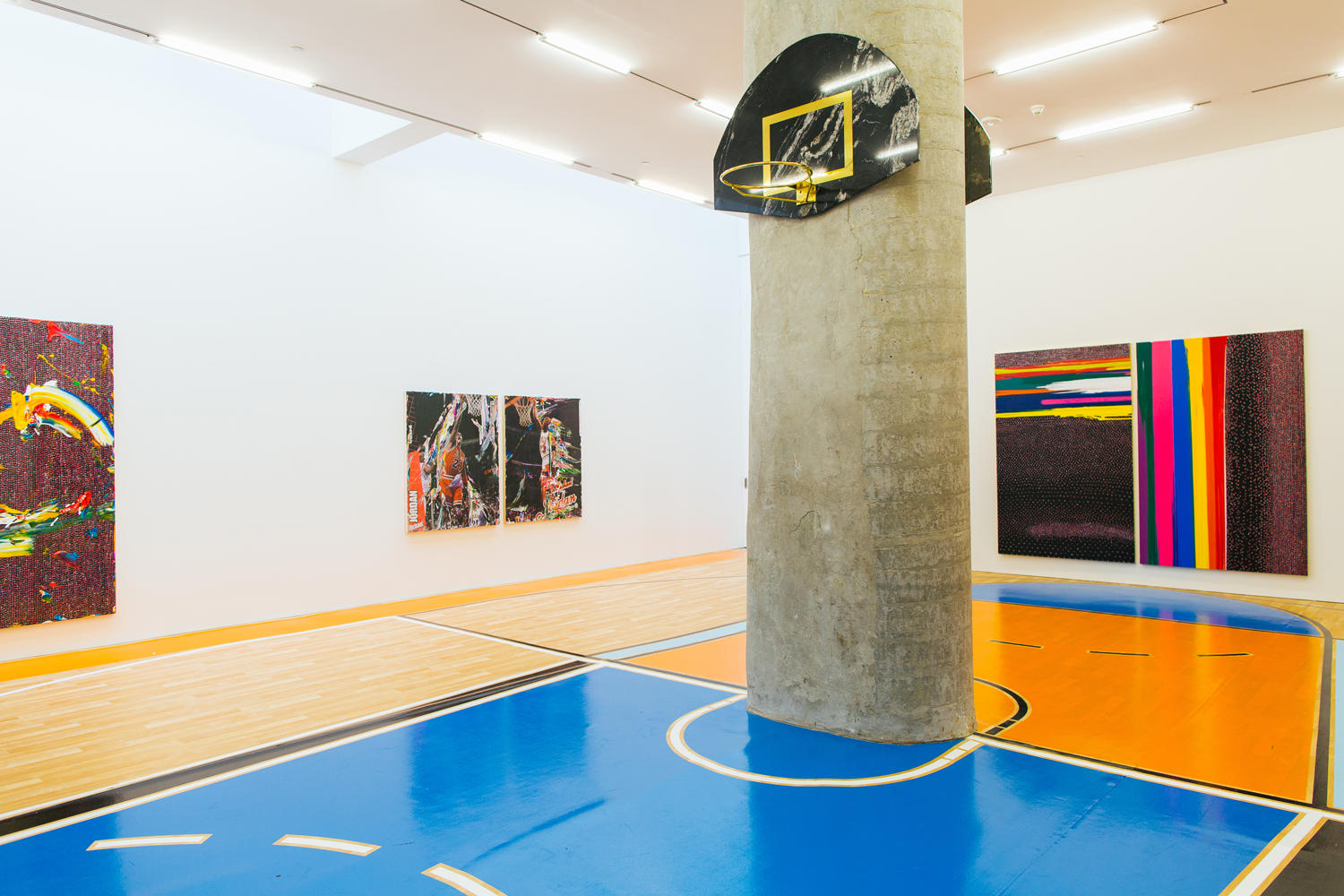 Strother may be a contemporary art darling right now, but he’s using his position to turn the tables — his work, which is frequently discussed in conversations about race, is more about individualism and personal empowerment. One can find a place for oneself inside pop culture and athletic mythologies, as a generation growing up in the 1990s did through Space Jam.

By taking on these ideas in a playful, unconventional way, Strother manages to both lampoon the art world and solidify his place within it. He’s not a puppet in the gallery system — he’s a true artist endowed with the gift to incite both humorous recognition and sober reflection at the same time. And he’ll make you want to re-watch Space Jam.