A Conversation with Bruce Gilden

A Conversation with Bruce Gilden

“I know how to read people,” Bruce Gilden says.

The Brooklyn-born photographer who’s made a name for himself with his candid, close-range street photography, is sitting in our recording studio, getting ready to record a voice clip for our Leica launch event about one of his more famous photographs of two Yakuza, members of Japan’s mafia, that he shot in Tokyo in 1998. “For example, I was in England years ago and I saw these football supporters, big guys, shaved heads, the whole nine yards, and I wanted to take their picture. So I sized them up, I made a quick comment, and I took a picture. And they were okay [with it]. Then you have other people you know you can’t do that with. So you have to read people.” 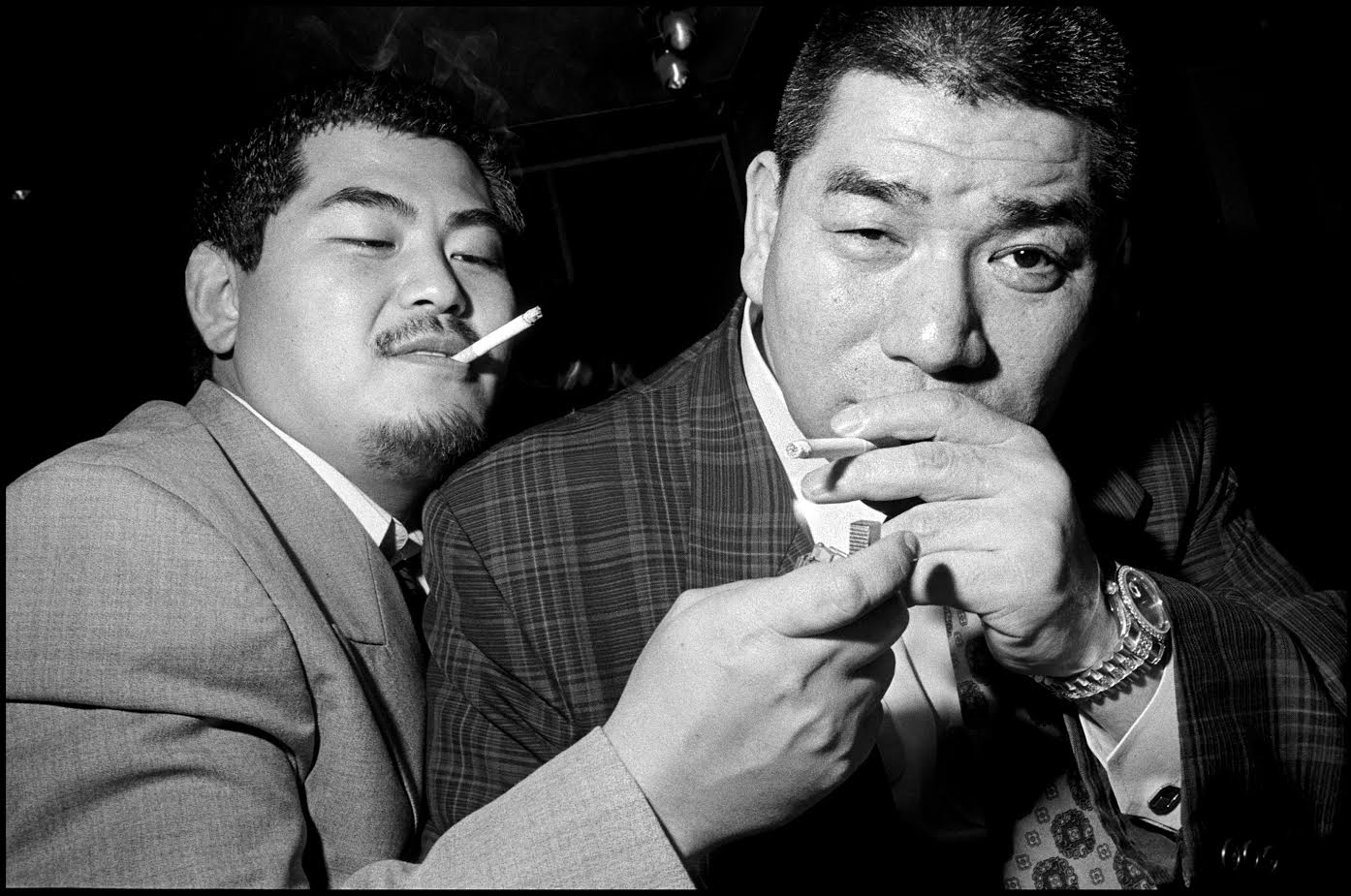 Gilden has received the European Publishers Award for Photography, is a Guggenheim Fellow, and is the subject of the documentary film Misery Loves Company: The Life and Death of Bruce Gilden (2007). His signature photographs are very much like the one he just described: images of people, often at very close range, taken on the street, either candidly or as a portrait, sometimes with his subjects’ permission, more often not. He uses a Leica S camera and a flashgun to capture his images.

“Most people don’t care,” he says of his subjects. “To me, what’s worse is taking your phone and sneaking a picture. If I caught someone doing that with me, I might bust ’em up. Within reason. I don’t like sneaks. If you’re going do it, just do it. I use my judgment, and I haven’t had that many bad things happen.”

Gilden has been all over the world capturing his unique brand of street photography and his chosen subjects, from the Yakuza of Tokyo and Osaka, to the prostitutes of Miami, to the voodoo practitioners of Haiti, to people right here on the streets of New York City. 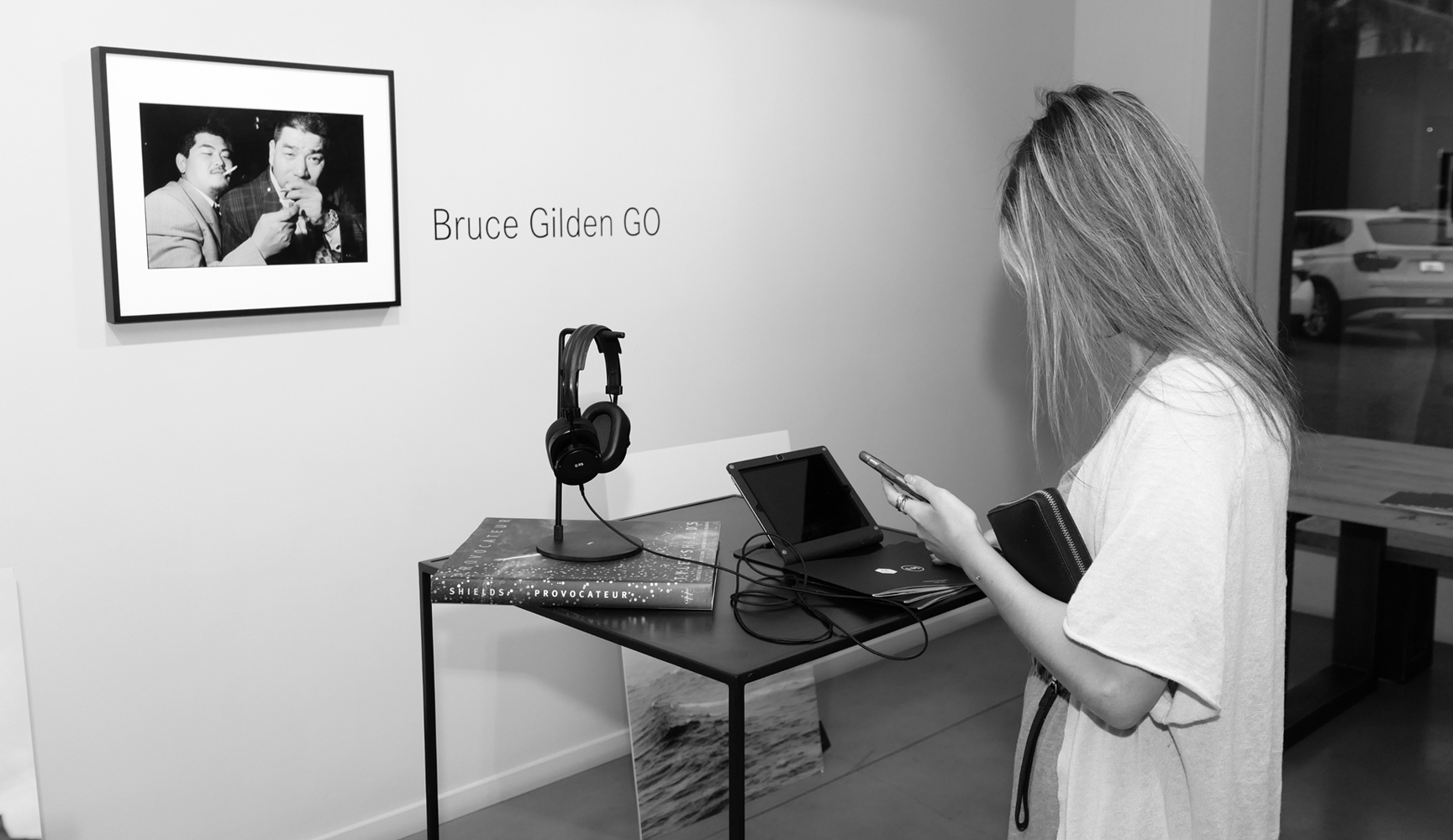 We want to know: how does he choose who to photograph?

“I’m an intuitive photographer,” Gilden says, “So I respond when I see something I think will make a good picture. But also, what goes into my pictures is me. If I were to go and do corporate types—what am I going to say to them? There’s nothing we can talk about. When I go out in the street, the people I photograph—generally there’s something that draws me to them. There’s something in my past that makes me feel that we have a connection.”

“I had a tough life growing up. Not financially—I didn’t want for anything—but emotionally. Because of my parents. And so [in my work], first I dealt with my father; my pictures were my father. If someone had jumped at my father with a flash, he would have knocked them out, because he was a tough guy, a gangster type. And now I’m dealing with my mother, which is the deeper one. It took me my whole lifetime to deal with my mother. It’s like a catharsis for me.”

We get on the subject of passion, and Gilden says, of doing the same thing for fifty years: “It doesn’t get easier; it gets harder. Because I don’t do it with love; I do it with passion. So when you do something with passion, how long can you keep that passion?”

From where we sit, it’s clear Gilden’s passion is still alive and well, as he continues, in his seventies, to take incredible photographs of people on the street. “You go out on the street and you don’t have to ask anybody to take a picture. You just go out and take pictures. I like to walk, I like to be amongst people, but I don’t really want to have any dialogue with anybody. That’s why I love the street.”

The Story Behind The Master & Dynamic for Leica 0.95 Signature Collection